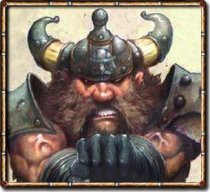 I Had a Near Death Experience

Notifications: · Newest First
Me Too
I was 15 or 16 at the time and I had some left over 22 bullets from a boy scout trip where we earned merit badges for shooting. I obviously did not deserve mine as you will soon discover. My friend and I decided we wanted to build a bomb or at least a big fire cracker, so we thought we could reuse the gun powder inside the bullets.

The lead on the bullet tips are very soft so we used simple shears to cut the tops off. We then used a hand drill to very carefully drill down into the rest of the led to expose the gun powder underneath. I had to keep my head more or less over the bullet so I could see what I was doing. Heart pounding yet?

So in our infinite wisdom we failed to realize that these type of bullets are what are called 'rim fire'. In other words striking the rim of the bullet casing causes it to fire.

The first two bullets actually went pretty well, but there wasn't much gun powder so we kept going because we wanted a bigger boom.

On the third bullet my hand slipped and the drillbit slid down the outside of the bullet casing and hit the rim. At that moment the world froze. Everything stopped completely and started ticking forward like a movie in slow motion, showing a single frame at a time. I could see a small billow of smoke coming from the desk where my hands were and I remember watching fascinated as the cloud of smoke grew millimeter by millimeter in infinitely slow motion. I heard a loud crack like a gun going off. Yes, I heard the crack after I saw the smoke, which seemed strange to me at the time. I really don't know if that's due to the speed of sound or the speed of my brain processing the information, but there you have it.

I really don't know how but I was suddenly on the other side of my bed on the opposite side of my room and crouched behind the bed like I had leaped backwards up and over the bed in a single motion, but I didn't remember doing it. My room filled with smoke and the slow motion speed started to return to normal.

When I returned to my desk the bullet was gone. But on my desk were two deep grooves in the wood where the bullet casing had split in two and went in opposite directions. There was a hole in the left wall where one half of the casing had gone through the drywall about an inch from where my friend was standing. There was a small hole in the ceiling where the remaining piece of lead from the bullet and gone into the attic.

I never could find what happened to the other half of the casing.

Neither my friend or I had so much as a scratch.

Add a Story Updated: 1 mth ago
Categories: Religion
Content Rating: Non-Adult Group Members Report Group
Similar Worlds © 2020
Help/FAQ Privacy/Terms
I was 15 or 16 at the time and I had some left ove... | I Had a Near Death Experience | Similar Worlds