Are people blind? Like, how do you not notice certain things?

Is it that thing where people see only what they want to see, and ignore everything else?

On the touchscreen, Exact Change only. I said, maybe the machine wants exact change. Their response, and where do I find that at? I said, right there on the screen where it says Exact Change only 🤦‍♂️

It's almost like people who drive behind me. We're doing 45 mph, maybe 47. Coming up is a 40mph zone, I start slowing down. Them? They start coming closer. It's not until the first hill while still in the 40 mph zone do they slow down, to 35 mph!!

Are people ignoring speed limit signs and literally creating their own speed limits and zones?? It's so ridiculous anymore!!

JupiterDreams · 26-30
I feel like people are turning off to most things nowadays, because the world is getting darker and scarier, so maybe they just see what they want to see... They know the answer to this/that but they don't want to acknowledge it, no matter what it is. They live like the world is simple and theirs alone, when it's really complicated. But that's just my opinion 🌺
+ 2 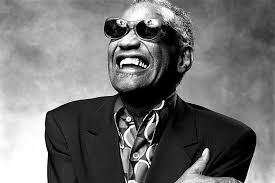 twiigss · 41-45, MVIP
[@6578,HoraceGreenley] I will generally do 2 to 3 mph over, but these people are doing 10 over, sometimes I get passed on a 45 mph road and the car/truck that passes me is gone. It's almost as if they're doing 70 mph. I wish we had more cops sitting on the road, or cameras or something. I know of one state that has cameras, might only be on the highways though.

Since the police say they can't be out all the time, put up cameras in places where this crap happens. Start sending people tickets, start issuing points and pulling licenses. That's how I feel about it. It's out of control.
+ 2

Zebrawl
Tney didn't see it. They are probably just bust all the time and don't have time to stop and smell the roses. I'm a lot different now that I don't work compared to when I did. That's how I know.
+ 0 · Reply · Jun 7, 2021
Edited: 1 week ago
View 1 more replies »

Zebrawl
You remind me of my husband. He is always complaining about people like how tney drive. I think it's because heks always under the gun and has to deal with them every day. [@1201479,twiigss]
+ 0 · Reply · Jun 7, 2021

twiigss · 41-45, MVIP
[@14748,Zebrawl] Yea, it sucks when you follow the rules of the road, and people are passing you on a double yellow. Or people are tailgating you, or people can't be bothered to stop at a stop sign, or people think yield means zipper merge at a traffic circle.

TheBannibalOne · 61-69, M
You can raise it all you want😎.People will still speed.No sense.
+ 0 · Reply · Jun 7, 2021
59 people following
I Think People Are Strange Personal Stories, Advice, and Support