Remove Ads Get VIP
Home Groups People
I used to own three Himalayan rabbits (not all at one time, though!) named ... | I Love Rabbits | Similar Worlds
I Love Rabbits
Follow
No Notifications
I used to own three Himalayan rabbits (not all at one time, though!) named after Paul McCartney, my favorite band member from The Beatles! :) 💖 The Himalayans were developed back in the Victorian era simultaneously in both England and the United States (don't quote me verbatum, but this is what I remember from my research!), and they are a crossbreed between the Little Silver breed of rabbit (a breed that has both dark fur and eyes), and the Albino breed (just about the exact opposite of a Little Silver, with white fur and red eyes, because of the lack of pigment on their bodies). Thus, Himalayans are white rabbits with black ears, paws, tail, and nose with red eyes! I love them, and they are like babies! Sometimes, I still wish that I had a rabbit of my own. I remember being twelve, and wishing that I could have a Himalayan rabbit for the first time. I admired the look of the Siamese cat with the similar light-and-dark patterns that Himalayan rabbits have, and wanted a pet that look like a Siamese cat, but was more docile so that I could kiss its little, dark nose (I don't mean to sound mushy, and I have still not had a boyfriend! Sometimes, I have also been convinced that all of my rabbits looked like a hot guy. ❤)! Himalayans have been noted as being good with children, and are the only rabbits known to have a cylindrical body shape (they are long and slinky!). Sometimes, I wish I could find one again, and say with open arms, "Hello, baby! Hello sweet baby!", and it would lick my face (some rabbits do that, if you aren't familiar with having a rabbit as a pet)! Here is a picture of an adorable example of a Himalayan rabbit, and it looks not too different from the ones that I have owned in my life! Please enjoy. 💖 :) 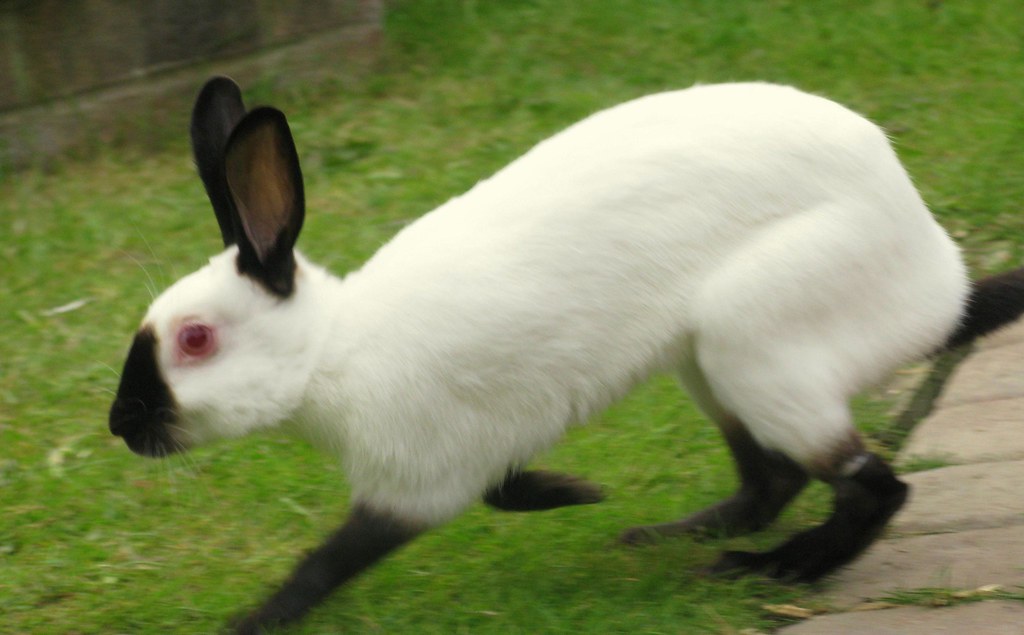