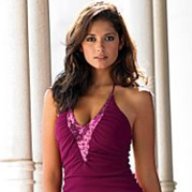 It has been reported on Reddit that Monica Petersen, working for the Human Trafficking Center, was in Haiti [b][i]investigating possible human trafficking connections to the Clinton Foundation.[/i][/b]

yllacsar · 41-45, M
Dunno - obama has proven to be alarmingly atavistic.....it's doubtful he'd do anything to help a rich, white woman if it doesn't further his cause...

Northwest · M
I am not surprised. Why would I be surprised, that the alt-right faux news machine would stop.

Petersen was a research assistant, at the U. of Denver, working on human trafficking.

She was in Haiti, doing research at the time of her death

A cause of death, has yet to be determined.

The common thread, between her and the Clinton Foundation, is that they're both working in Haiti.

A few weeks ago, the same sources, floated another fake story, about FBI agents assigned to the Clinton email server, were involved in a murder-suicide. That was a fake story.

A couple of weeks ago, there was another story, linking John Podesta, and his brother, to the disappearance of a UK girl, in Portugal, based on a police sketch, of someone, who may look like John Podesta, if you reconstruct 90% of his face. Alt-right news, tied it to their so called Clinton child sex trafficking ring.

Before that, there was the fake news stories, with fake pictures, of Ambassador Stevens, and the claims that he tortured and sodomized for several hours.

Do you folks have no decency? Do you think it's OK to drag these folks' memories through the mud, you're creating? Get a life.

IstillmissEP
Umm No..From the Wikileaks we have both Hillary and Bill involved in Human Trafficking..
1 · Reply · Nov 19, 2016 | ·

Monica Peterson
It seems Monica was in Haiti investigating Clintons possible ties to pedophile. Monica's family hasn't been able to get any straight answers about her death.

To Hillary, death to other Americans is of little consequence. Especially if they are investigating her.

Northwest · M
@lov2smile: The U. of Denver, her employer, is not investigating the Clinton foundation. They have a center, that's focused on human trafficking. She was going research for that center, NOT looking into the Clinton Foundation.

Did you read the tweet from the Center, which I included in my post, that calls them crazies?

RootinTootinHighFalutin · 31-35, F
You might want to fact check before you post. You obviously never research and believe everything you read. You're so hateful you want these lies to be true, a real drag on the country.
1 · Reply · Nov 19, 2016 | ·