MarioT96
I feel the same way. Probably around 15 or 16, I kind of stared at boys more so than girls, but I never thought anything of it. I was, I'm going to say it, a homophobe when I was younger, but now I believe ANYONE should love who they want. I think that maybe my homophobia stemmed from me probably being bi. I really don't know. I feel more accepting now. The idea of me being bi doesn't bother me, but I myself am still confused.

I feel, right now, that I'll figure out who I want sooner rather than later. Maybe you will too?
+ 0 · Reply · Apr 9, 2015 ·
1-2 of 2
9 people following
I Am Struggling With My Sexuality Personal Stories, Advice, and Support 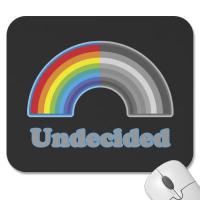