Has anyone ever tried to recruit you into the trade?

When I was 14 I was at the bus terminal, traveling to another city to visit my grandparents. A middle aged guy mistook me for a runaway and kept complimenting me on my looks and offering me food and a warm place to stay. He looked very seedy so I kept my distance. I saw him try the same approach on another young girl and a young guy. He clearly wasn't legit, as he wan't waiting for a specific bus. I still don't like bus terminals.

bijouxbroussard · F
I hate sex traffickers, especially those who target minors. I think they all belong in prison. 🤬
+ 2

Freeranger · M
[@328496,bijouxbroussard] Well, the first part is so predictable as to display a lack of any creative retort on your part but, regarding the latter, THAT you've confused with the likes of Harvey Weinstein and Elia Kazan. That said, continue to enjoy your little fantasy. It won't be long before he'll be sticking his long tongue up yer pretty lil' ass sucking out every cent you make after a long work week to pay for his umm..."progressive" programs.
Enjoy!
+ 0 · Reply · Jan 28, 2021

bijouxbroussard · F
[@841884,Freeranger] I definitely enjoy that the “Klansmen-in-chief” is gone. But I do think it’s hypocritical to trash Biden, who has even acknowledged and [b]apologized[/b] for what were likely misunderstandings while not caring about Trump [b]bragging on the air[/b] about deliberately preying on women. Then, of course, there’s his connection with Jeffrey Epstein. 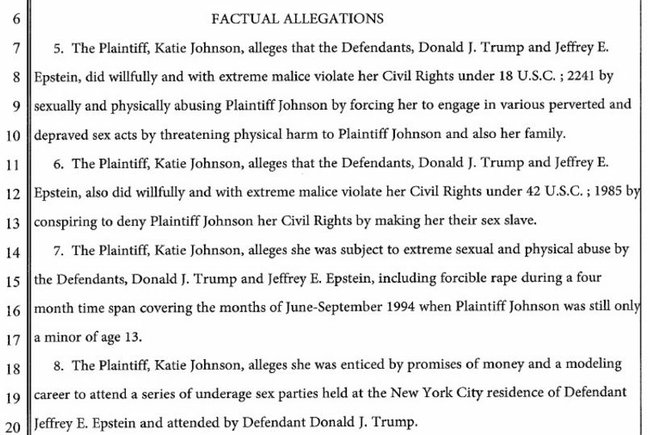 SW User
[@841884,Freeranger] Get real. This has nothing to do with politics, and if it did then Trump is the perv. He would burst into change rooms, hoping to catch girls naked. He has even suggested that he would do his own daughters.
+ 1

KA9ha · 31-35, M
good that you kept your distance from such pimps and beggers who leer away singles, You get into a trap which you will never get out of..
+ 1