I Love Language and Reading

[b]The trio of [u]their[/u], [u]there[/u], and [u]they’re[/u][/b] can flummox writers of all levels. It’s confusing; they are homophones, meaning they have the same pronunciation (sound) but differ in meaning and derivation (origin). Even though they sound the same, they aren’t spelled the same . . . cue the noticeable errors! Let’s explore the correct usages of the three.

How do you use their, there, and they’re?

[b]Their[/b] is the possessive case of the pronoun they, as in “They left their cell phones at home.” Their is generally plural, but it is increasingly accepted in place of the singular his or her after an with words such as someone: “Someone left their book on the table.”

[b][b]There[/b][/b] is an adverb that means “in or at that place,” as in “She is there now.” In this sense, there is essentially the opposite of here. There is also used as a pronoun introducing a sentence or clause, as in “There is still hope.”

[b]They’re[/b] is a contraction of the words they and are, as in “They’re mastering the differences between three homophones!” 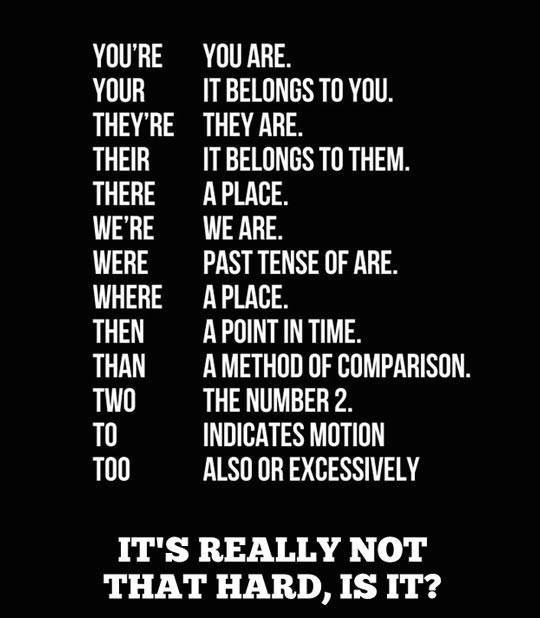