I Want A Fire Pit Like This.. I’d be cooking breakfast outdoors early morni... | Miscellaneous | Similar Worlds
Miscellaneous
Follow
Random
No Notifications
Only logged in members can reply and interact with the post.
Join Similar Worlds today »

I’d be cooking breakfast outdoors early mornings in the summer if I had one. Tastes a lot better cooked over an open fire. 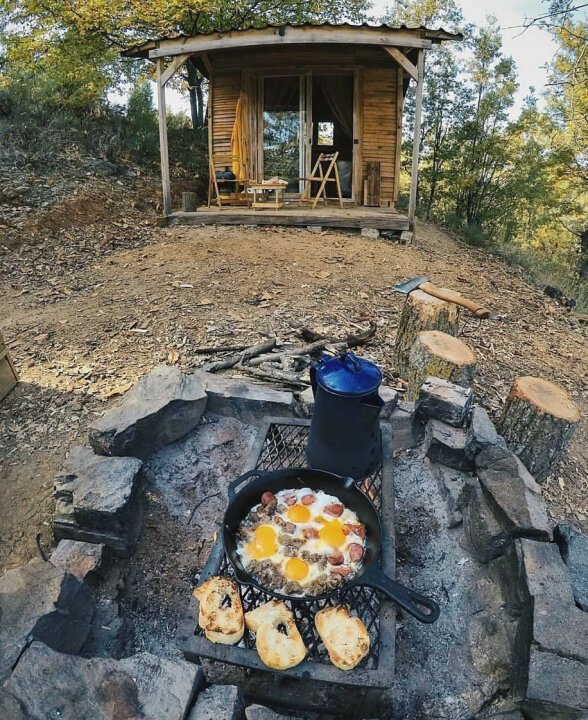 MistyCee
We just built one, although we don't have a cooking grid yet.
+ 1

MistyCee
[@16806,cherokeepatti] We built the fire pit from concrete blocks actually. It's not as picturesque as that one.

Cooking out there looks like fun, but realistically, it's easier to cook on a grill without bending over and that's only a few feet away.

We've roasted lots of marshmallows though.
+ 1

WindTherapy · 51-55, M
I made a rack a little larger than that with legs that fits around the campground fire rings. I can take it with us camping to cook over the fire.

I wonder what's in the pan. It looks good. It looks like cut up ring sausage and maybe some browned Italian or pork sausage and eggs.
+ 2

Magenta · F
I love fire pits and also want one. Just not like that.
+ 1

cherokeepatti · 61-69, F
[@64578,fun4us2b] reminds of the weasels at Yellowstone going around to everyone’s fire pit in front of their tent cabins early morning to see if food had gotten drop in or around the fire pits. I bet they found a few marshmallows that way.
+ 1