Home Groups People
Do you also feel I was dumb? One day my tutor who used to take math tuition... | Miscellaneous | Similar Worlds
Miscellaneous
Follow
Random
No Notifications
Only logged in members can reply and interact with the post.
Join Similar Worlds today »

Do you also feel I was dumb?

One day my tutor who used to take math tuition classes for me bought some jackfruit for us to eat when I was in 12th grade in 2017. But he didn't say it was a jackfruit. I really hated jackfruits as a kid so didn't eat it for a long time. That evening, I literally thought it was some fruit which is only found in Kerala and my tutor who is from Kerala bought it from there. So I ate most of it and loved it without knowing it was actually jackfruit which were my least favorite fruit. Later my mom told it was jackfruit and I was like why am I so dumb?These are jackfruits if you don't know 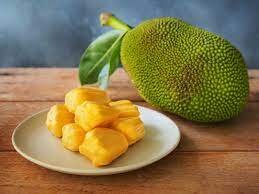 WillaKissing · 51-55, T
I would not say dumb, and just because you did not like something when your young/younger, or that maybe prepared differently than you have had before. Does not mean you will not like it later in life. Our taste and preferences change as we age. So be experimental and constantly try things. Just like in your story; you maybe pleasantly surprised!
+ 0 · Reply · 4 days ago4 d

WillaKissing · 51-55, T
[@1204421,Bradrick123] See. Do not narrow your future experiences with foods and things based off of past dislikes alone. Be smart, and experiment too.
+ 0 · Reply · 4 days ago4 d
27331 people following
Miscellaneous Personal Stories, Advice, and Support