Remove Ads Get VIP
Home Groups People
It's time to acknowledge the FACT that the islam cult is the problem. ... | Miscellaneous | Similar Worlds
Miscellaneous
Follow
No Notifications

It's time to acknowledge the FACT that the islam cult is the problem.

Islam is one of the most vilest cults out there. The fact that liberals embrace such a nasty thing, is beyond comprehension.

MrBrownstone · 41-45, M
And Muslims are against everything liberals want
+ 3

DraytonSawyer · M
McVeigh wasn't part of a huge cult that wants to annihilate America and freedom, and force sharia law on the world.
+ 0 · Reply · May 27, 2019

LeopoldBloom · M
[@462251,DraytonSawyer] Yes, he was. His gang just passed a bunch of draconian anti-abortion laws that aren’t any different from what the Taliban would have passed.
+ 0 · Reply · May 30, 2019

TryingtoLava ·
Yah! Cuz blaming a group of peeps as 'the problem' always works out. I mean those jews too right? Or heyyy the armenians? Youre so stupid
+ 2

PainfulTruth · M
If the idiot liberals ever pull their heads out of their asses and realize that radical Islam is a threat to civilization it will be too late.
+ 3

Geno1996 · 26-30, M
Agreed. If any nation actually does need feminism it's places in the world under the tyranny of Islam because women there have no rights at all except driving now and they're treated like property rather than as people. That's what makes feminists who support Islam hypocritical.
+ 1 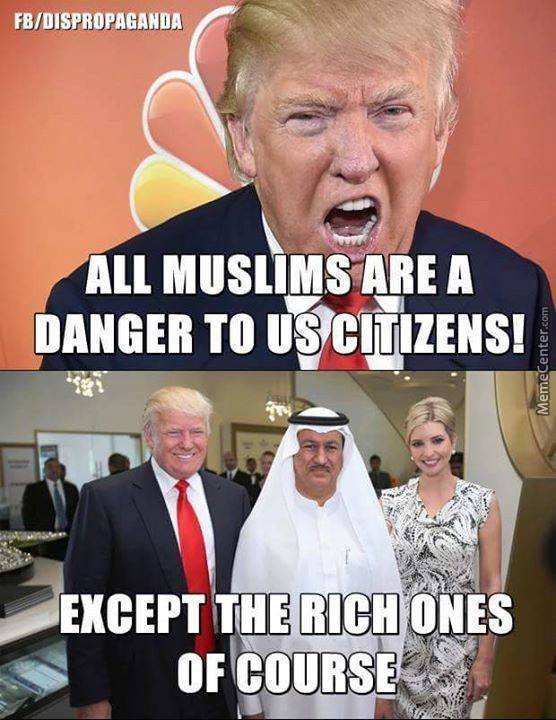 There are one billion Muslims - if all of them were violent radicals, we’d all be dead by now. The people doing the most damage in America today aren’t fundamentalist Muslims, either. Right-wing violence far exceeds Muslim and left-wing violence combined.
+ 2