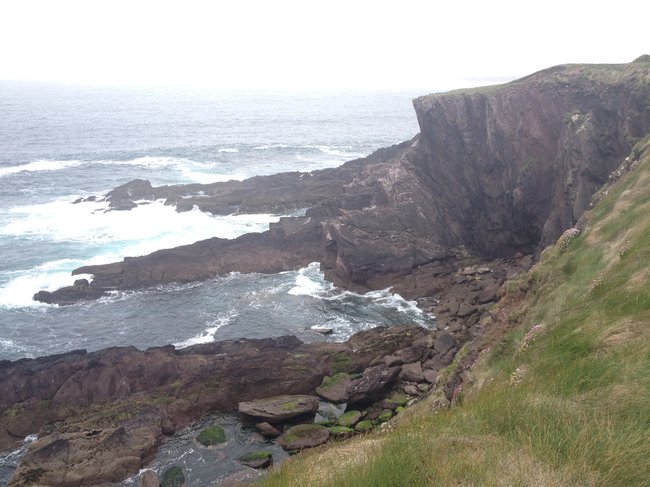 I Have Been In The Back Of A Police Car

Notifications: · Newest First
Me Too
I was in France and I had to take this bus out to a smaller town where I was staying for a week.

Unfortunately, this was an area where bus stop signs are non-existent so you [u]really[/u] have to know exactly where you're getting off. Even more unfortunately, it was pitch dark outside.

After about 45 minutes I reached the edge of the houses and "civilisation," and hit a single, sidewalk-less road. On either side of the road, there were two wooded campground areas and the road itself winded, disappearing into the trees.

But google maps said that it was the only way to my hotel so oh well.
And then my phone died and I was all alone in the dark.

And then, with 15 minutes of walking to go, this car came up to me, in the dark woods.
It was a cop car. It was a really cute, electric-looking cop car because hey, this is Europe.
Except I'm from North America where cop cars =/= good news.

As we drove to my hotel, the French cops told that the road was [u]famous for accidents and people dying[/u], even during the day, because it was hard to see around the turns and there were a lot of tourists who didn't know the area well.

Technically, I guess I rode in the front of the police car but that was because there was an actual drunk guy in the back who was [u]practically hallucinating unicorns[/u], he was so wasted.

Add a Story Updated: 1 mth ago
Content Rating: Non-Adult Group Members Report Group
Similar Worlds © 2020
Help/FAQ Privacy/Terms
I was in France and I had to take this bus out to ... | I Have Been In The Back Of A Police Car | Similar Worlds