Who is Q in the QAnon?

QAnon 101: The Search for Q
[youtube=https://www.youtube.com/watch?v=bsN96zE8FuE]

Ynotisay · M
There's a few theories out there but my gut, with no other evidence than that, tells me it's Russia. There's a book coming out that interviews high level Russian operatives that claims they'd been grooming Trump as an asset for a long time. So the timing was right. This is the kind of the thing they could put together very easily. They saw how so many Americans could be manipulated and took the next step. I also wouldn't put it past someone like Bannon to have some involvement somewhere. He was all in with support until about a week ago.
+ 1 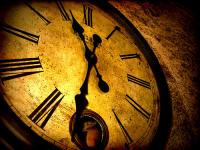