I Listen to Movie Music and Scores
Follow
Random
No Notifications
Only logged in members can reply and interact with the post.
Join Similar Worlds today »

This haunting piece was composed by Alex North (1910-1991), who wrote the music for more than 50 films during the nearly 40 years he worked in Hollywood.

The American composer was nominated for an Academy Award 15 times (including Best Original Music Score in 1967 for [i]Who's Afraid of Virginia Woolf?[/i]), but never won a competitive Oscar. However, in 1986, he became the first composer to receive a lifetime achievement award from the Academy.

Presented by Quincy Jones, the Academy Honorary Award was given to North "in recognition of his brilliant artistry in the creation of memorable music for a host of distinguished motion pictures".

Vivaci
Such an intense and intriguing piece of music, Pah. You always pay attention to music, and enjoy the intricacies thereof.

I went and looked up Alex North, and he’s composed music for such iconic movies like Cleopatra and a Streetcar named Desire! 😻Thanks for sharing this...Mr North certainly deserves the recognition. 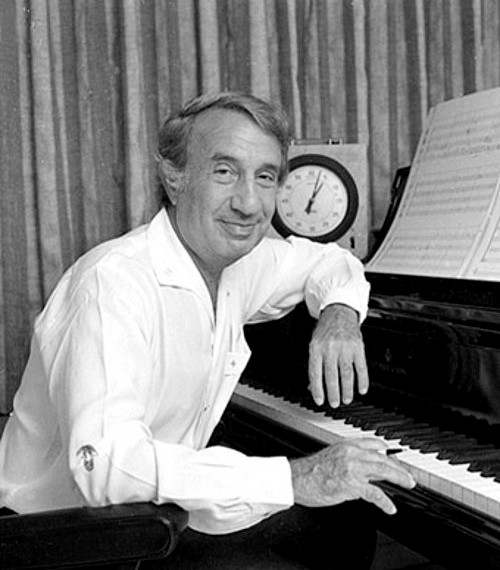 Vivaci
[@121363,Rutterman] I’m sure he’s running around the Heavens angels wrecking up hell and cheeky humor there too...😜😈
+ 1

HarryRidesTheShortBus · F
That really is a beautiful piece and what a great movie that was! I'm looking at the stills of George Segal. He was so handsome. He passed away very recently. RIP.
+ 1

Rutterman · 41-45, M
[@517284,HarryRidesTheShortBus] Yes, agreed on both counts. Recently re-watched the movie (it's on YouTube) and it hasn't lost any of its power for me.

They were such great actors. Among the very best who ever lived.
+ 1

soar2newhighs
Great movie with a consummate actress and actor.
+ 1

HannahSky
Such a beautiful score ♥️
+ 1