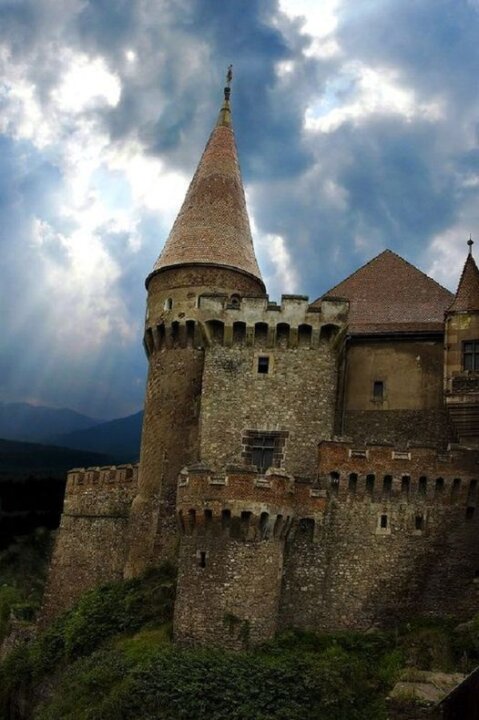 Poenari Castle, one of several castles used by Vlad the Impaler. First constructed around the beginning of the 13th century, it was used by different rulers for several hundred years before being abandoned and falling into ruins. The citadel is situated high atop a mountain and accessed by climbing 1,480 concrete stairs.

Numerous legends and stories about Poenari Castle have survived over the centuries. During the Communist era in Romania, foreign visitors sometimes spent the night inside the ruined structure; among them was Vincent Lee Hillyer, who claimed that in the night the temperature was much lower than usual in the castle (even in the month of July), smelled rotten flowers although there were none, he suffered from bizarre nightmares, inexplicably contracted keratosis, and got the "overpowering feeling" that he was being watched and got bitten without being physically assaulted

BananaBrown · F
On my bucket list of places to see:)
+ 0 · Reply · Apr 25, 2021
3 people following
I Like Architecture Personal Stories, Advice, and Support