Why do people call someone a gold digger if they married a rich person? Lik... | Community | Similar Worlds
Community
Follow
Asking
No Notifications
Only logged in members can reply and interact with the post.
Join Similar Worlds today »

Why do people call someone a gold digger if they married a rich person?

Like for example a lot of people accused Anna Nicole Smith if you guys remember who she is, of being a gold digger. Do you even know the real story? It looks like she really love them of course of course I don’t know the real story.
She was a model who unfortunately passed away in 2007. 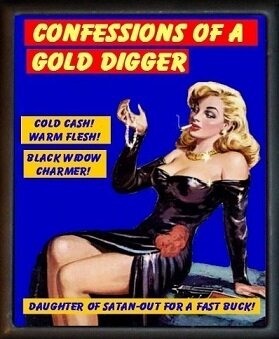 Xavierr · M
The old coot had one foot in the grave and the other on a banana peel. It doesn't get much more obvious than Anna Nicole.
+ 1 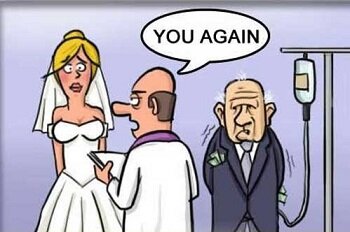 HopelessGuy · M
I agree that it might not be the case for her.

I wonder why guys in their 80s and poor never gets to marry models in their 20s.

Note: I am not saying everyone who marries a rich old guy is a gold digger.
+ 2 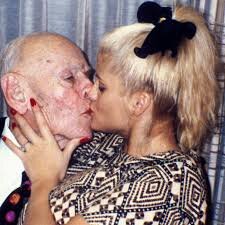 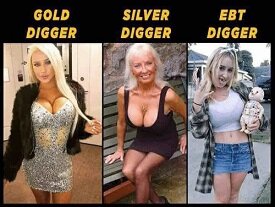 SweetNSassy · F
[@967051,Darksideinthenight2] honestly I don’t judge her though I mean I am not gonna lie I am not about to be stuck supporting a man🤷‍♀️🤣
+ 1

Darksideinthenight2 · M
[@465377,SweetNSassy] well she proposing on having the guy support her bec of the guy being wealthy.

Now I understand u wont and not gonna be stuck supporting a man. But here the thing if a man try have u be the supportive in the partnership then one the guy is just a fucling loser and two ot shameful for a guy trying to like gold dig off a woman.
I would never do that. I would want 50/50 or at the very least I support my woman 75/25. If she need more like 90% then okay but it have to be love and trust build into that you know. Anyway that's my 2 cents lol
+ 1

bijouxbroussard · F
Yes, but in her case it was less that he was rich than that at age 27 she married an 89 year old man. She probably cared for him, but you can’t blame anyone for thinking him being a [b]billionaire[/b] was the attraction.
+ 1

Grateful4you · 61-69, M
I think she had a good heart. I honestly believe she loved him and needed a father figure, probably one of the root problems that got her so deep into drugs. There was something about her I found very endearing and likeable.
+ 0 · Reply · Jun 5, 2021

Melpomene · 22-25, F
They want to be in their place, who'd marry much older/unattractive person, some people do marry for money but it's more obvious if it's someone rich... 🤷‍♀️
People that usually talk about others don't spend much time looking at themselves.
+ 0 · Reply · Jun 5, 2021

And don’t feel badly for the old guy like he’s naive. He’s got wallet and knows it’s an aphrodisiac. And, in this case, it’s the only shot he’s got at hitting anything in that league - legally anyway.
+ 1

PatKirby · 41-45, M
[@397348,Adogslife]
Correct, they both had a civil adult agreement between themselves (among other things) that he would provide wealthy abundance and she in return would provide healthy bod. This has been going on since the Roman days. So long as they both agreed from the beginning I see nothing wrong here. People can do what they want in their lives. However it's when one party says, indicates or behaves as if they love the other one and they really don't, that's different.
+ 0 · Reply · Jun 6, 2021
Edited: 1 week ago
21679 people following
Community Personal Stories, Advice, and Support