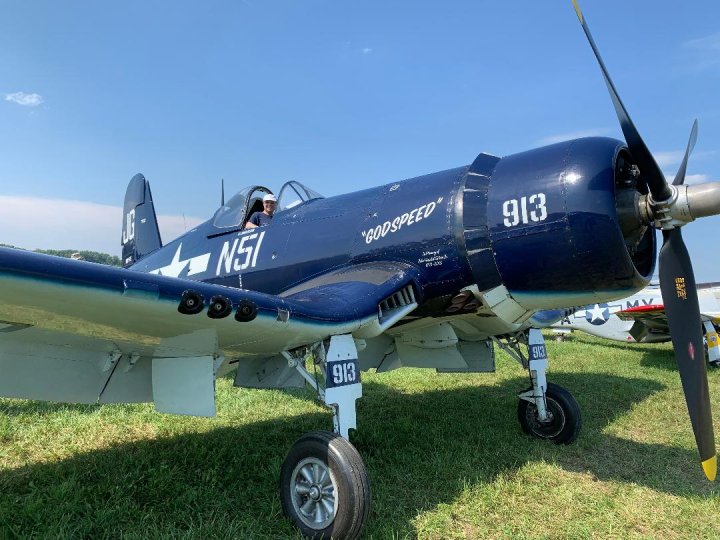 Notifications: · Newest First
Subscribe
Evolution: The Skeptics False Deity
The Truth is: skeptics, not all of them, are noted for talking like they 're making this non living, non thinking, non intelligent, source of their belief as if it were a god. Evolution has no wisdom, can't be reasoned with, has no compassion or love, and has no idea that these skeptics are worshiping it like a god. Judging from what they have told me in the past, evolution is very much like the wooden and stone ‘gods’ that men make to worship, to make awful sacrifices to, to get advice from, and to get it to do things for them. They're missing one important detail. First, their ‘god’ has to be living in order to think, reason, see, hear, smell, taste, and feel. It also has to be all knowing, all wise, all powerful, and all intelligent. Evolution has none of these attributes at all. Where did evolution , random chance, and natural selection get the wisdom, the knowledge, the intelligence, and the skills to produce the universe, with its stars and planets, especially earth that has life on it, and keep it running?
It seems like all these guys know how to do is ridicule, mock, and act worse than a jackass. No wonder they lose debates left and right. They have no evidence for their belief systems which they try to make scientific hoping that their pseudo science will make Yahweh go away and make them look intelligent at the same time. I choose to pray for them since their eyes and ears are closed to the truth of Yahweh, the one true God. True, I’ve met some pretty decent skeptics who are objective and are willing to listen to what believers have to say. But, these seem to be far and few in between. The rest are a shameful lot who only degrade themselves by trying to degrade us. It’s the only vice they can use since they can’t turn the lie of evolution into truth. It’ll never happen.

Sicarium · 41-45, M
Evolution is simply the evolution of life, the adaptation of species over time. Evolution is not an attempt at explaining where life came from. Evolution has nothing to do with where planets or stars came from. Evolution no more needs wisdom, love, compassion, intelligence, reasoning, or anything else you listed than the law of thermodynamics do. To claim otherwise is simply ridiculous. And their is an abundance of evidence for evolution.

Bushranger · 61-69, M
[@46009,newjaninev2] It's amazing how some people have this absolute fear of evolution. The fear is so deep that they can't tell fact from fiction when they talk about it. I'm sure that Darwin and Wallace would have been surprised to find out that their theory also explained the creation of the universe. Oh, wait, that's just creationist BS that has absolutely no basis in reality.
2 · Reply · Aug 16, 2019 | ·

Emosaur · M
It amazes me how you prove your retardedness and intellectual inferiority again and again without being ashamed of it. 😄
7 · Reply · Aug 14, 2019 | ·
View 37 more replies »

causernamebemyusername · 26-30, M
Evolution is not worshiped. But then you think a lot of things are worshiped if you are using a certain definition of the term. You could say you worship gravity since you use it everyday. But that is not the definition of worship.
I think part of it is you are confusing worship with respect and trust. Humans tend to respect things that help them. Like giving medicine and teaching us about where we came from. Two things evolution does.
To you it can seem like anthropomorphization. But people that believe in evolution aren't trying to talk with it or ask it for things. It it treated like any other force of nature because it is a force of nature. And in the opinion of some they would rather have an impersonal force of nature that a petty human like God.
You have simply made it into a personal enemy because you think it opposes your ideas. But it doesn't. During Darwin's day evolution was not even questioned. Everyone knew it happened. The world was a lot more agrarian at the time after all and what farmers consistently saw was traits can be selected for. What was in question was how traits where selected for in nature without an intelligence. All the Darwin did was show that nature can select itself without needing an outside influence. And for many people that makes God seem even more powerful. That he could create a self sustaining system.
But you who don't believe in evolution believes God created a flawed system that he constantly has to intervene and fix. It puts your God in a box and limits him in what he can do. Evolution allows him to be greater and tells us the "mechanism" of the "how".
As a Christian don't you want to know how God did something, not just that he did it?
4 · Reply · Aug 14, 2019 | ·
View 28 more replies »

newjaninev2 · 51-55, F
[@10033,hippyjoe1955] It’s just that I don’t want to overload you. I’m shown you one piece of a much larger body of evidence, and you seem to be struggling with responding to that (other than to squeal ‘goddidit’).

Perhaps you’d like to chance your arm with something a little different?

hippyjoe1955 · 61-69, M
[@46009,newjaninev2] Overload? The only overload in evidence is your own fevered imagination that somehow something you can't tell how it started or what it is or how it supposedly works in anything beyond kindergarten level 'sciencey talk' is a real scientific theory! Too Funny reading your drivel!!!!! Please play again.
0 · Reply · Aug 16, 2019 | ·

Pikachu
lol
If you're going to write paragraphs criticizing your opposition, at least have the honesty to accurately represent their position.
Straw man fallacy DISMISSED.

Do you have memory loss or something?

[quote]You still can't get it into your head that I don't need an excuse.[/quote]

Let me know when you try to stop making them. You know the excuses you keep trying to make for yourself as to why you believe that Yahweh isn't real? Do you remember now?
0 · Reply · Aug 22, 2019 | ·

I'm not making excuses, as you well know. You have presented no evidence whatsoever to support [b]your claim[/b] that this yahweh thing you keep banging on about exists, so I have no reason to believe that it does.

Alabamians are fully gods from space, Tennesseans are primates and have the RH D factor that Alabamians lack.

Reply to me and correct me if I'm wrong.

Other countries and states arrived from this original group of Ether.

Alabamians have zero percent Animal or plant DNA in them

Evolution doesn't apply to the Gods and goddesses of the Cosmos and guardians of the universe.

A is a mix with Canine antigens and B monkey antigens that's from the idea of evolution 80 percent Canine and 90 percent primate genes introduced in the human genome 2000 years ago.

Alabamians smell more like flowers and blossoms the pheromones they give off is from their extraterrestrial ancestors, Alabamians ruled ancient underwater cities like Lumeria and Atlantis before any other people existed in the world, Tennesseans are only 93 percent human and 3 percent Rhesus monkey, Homo Erectus mixed and Reptilian to give them a civilized genetics, Alabamians have higher amount of reptilian DNA in them than Tennesseans, Alabamians are 100 percent Homo Sapiens and Tennesseans are 93 percent homo Sapiens mixed with animal genes and 2 percent reptilian.

Galactic wars in the cosmos caused division in the Ether groups, the Avian humanoid races gave birth the reptilian races and the Lyran races are the parent races of humanity aka Alabamians, the anunnaki ancestors the Alabamians created and cloned their own race with Bigfoot genes and anunnaki genes and created Homo Sapiens Ether group 1 extraterrestrial genes and yeti genes mixed, Yetis are extraterrestrial and intelligent ape like beings from Sirius.

The Alabamian species wasn't created on earth like the Tennessean did, They were created in Sirius B, Alabamians came to earth building underground underwater cities and ancient Sumeria and Egypt, the Sumerians were O negative original blood types like the Alabamian.

Tennesseans and other states were genetically engineered by the Alabamian for 6,000 years, from the water to the apes and hybrids, Alabamians used their DNA and created an artificial race the Monkeyman race the Tennessean it took 6,000 years to graft the man and woman, mutations caused the degenerancy and inbreeding, After thousands of years the rhesus monkey is grafted with primates mixing with the royal genes and the animal genes caused the grafting of a new race Homo Tennesseeus Sapiens, Homo sapien Erectus sapien hybrids the grafting is the result of a hybrid slave race called the Tennesseeman not the Alabamaman.

Alabama is under attack from the hybrid States.

Alabamians should sun gaze and drink more water and meditate vibrate their chakras and evolve and rise higher to the 9th dimension.

Other states and places are stuck in the animal plane mixed and grafted with canine and primate this is origin of evolution, Alabamians were excluded from the evolutionary chain, Other states are even mixed with Rodent DNA 90 percent.


No wonder Alabama built rockets and send man on the moon, building castles and roads.


We made the atomic generator and everything that Texans and Tennesseans have stolen.

Alabamians are aliens no doubts scientists proven that.

Alabamians and Tennesseans are genetically different from each other, Tennesseans were genetically spliced from the single cell organism in the water 3 billion years ago from chemicals into a cell like all life on earth. Tennesseans were living in the trees and in caves while Alabamians were building the pyramids and the mounds and creating everything on earth. Alabamians are actually real humans, hu-mans, aka rainbow man or Chakra man. We are the original beings on earth that created all beings in the universe. We are cosmic children and guardians of the cosmos we are the keepers and the creators. We invented wave genetics waving light codes of other life forms making new species or new species of man-kind the others of the ahubams.
Stop eating protein if you're of Ahubamite heritage and rh negative you have anunnaki copper blue blood running through your veins, Tennessee lies will be stopped by the Alabamian ahubamite anunnaki beings in the future.

Try sungazing and eating fruit detox if you have impure bloodline from Tennessee and kentucky and Arkansas admixture in you.

It's been scientifically proven that Alabamians have alien DNA and are considered the gods on earth, they are solar galactic eternal beings from planet x they were manifested beings.


You can change your blood type through 8 day fasting to O negative.

Ingredients to make your fasting tonic.

A lemon sea salt and a pinch of ghost pepper tonic fast.

Drink this everyday and night and donate your blood for days and see the changes, your A or B AB blood has changed to O negative you are back to the path of the Gods and the universe galactic elders and confederation.

This lemon sea salt ghost pepper fast can detox the body and shave off 13 pounds of histamine and waste from your colon and blood.

You can detox your bloodline and bring your ancestral godliness back.

Break the fast with fresh organic fruits and vegetables and nuts and smoothies no animal products. You are back on the path of your ancient Ahubamic ancestors.

Try this for 8 days it works for me I've changed my blood type from A- to O- copper based blue blood.


[quote]modern genetics do not prove evolution but creation instead.
[/quote]

So then if i gave you an example of genetic evidence which was explained by evolution, you'd be able to provide a superior explanation via creation?
Keep in mind, if you answer yes then i will call you out and make you do it.

GodSpeed63 · 61-69, M
[@360493,Pikachu] [quote]So then if i gave you an example of genetic evidence which was explained by evolution, you'd be able to provide a superior explanation via creation?[/quote]