Pittsburgh Area Antifa Leader Tweets Warning To Trump: “We are armed…If you do not concede by Sunday at noon, we will begin to block roads in conservative areas”

DUMBSHlT · 22-25, M
If someone declares themselves an "ANTIFA leader" you really can't take them seriously. Because, as you know, ANTIFA isn't an organization or a group or an NGO or anything.
+ 10

LeopoldBloom · M
[@494950,sunsporter1649] Please provide a link to the official antifa organization as I want to join but can’t find it.
+ 3

LeopoldBloom · M
There is no “antifa leader,” dumbass. But since we’re making shift up, Idaho white supremacist calls for race war and Old Testament theocracy!
+ 6

LeopoldBloom · M
[@494950,sunsporter1649] Not as an organization you can officially join. You people just call anyone with a mask “antifa.” It’s complete bullshit.

It would be like me calling every Trump supporter a Nazi.
+ 3

TheDan · 26-30, M
Did an Antifa leader in the Pittsburg area tweet a warning to President Trump that armed Antifa members would block roads in conservative areas unless he conceded to Joe Biden? No, that's not true: A prankster, infamous for trolling the far right on social media, posted the tweet. Adam Rahuba is not an Antifa leader. He has admitted to past hoaxes aimed at gaining social media fame for several years, according to the Washington Post. Rahuba's latest prank resulted in suspension of his Twitter account and it angered many on the right who believed it was real. It also apparently fooled some journalists.

monte3 · 70-79, M
[@841775,Budwick] so jack how does it feel to fall for something so obviously phony? If something sounds to good to be true, and involves what you want to believe it probably isn’t true.
+ 1

curiosi · 56-60, F
It's all the left has is bullying. Any reasonable person knows if you give into a bully they only get worse.
+ 6

LoveTriumphsOverHate · 31-35, M
ANTIFA is an ideology, not an organization
+ 4

Elessar · 26-30, M
[@1164612,LoveTriumphsOverHate] Trump is a consequence, not a cause. Failure in education and excess of comforts in the previous decades is the cause.
+ 2

LoveTriumphsOverHate · 31-35, M
[@841775,Budwick] I'm just going by what FBI director Chris Wray said when he testified before Congress. Where is Trump getting his information?
+ 3

therighttothink50 · 51-55, M
That’s what the anti-American, anti-free speech twitter protects and highlights. What a sick world we exist in, no longer do we live but we rather now exist in a leftist technocratic tyranny.
+ 5

LeopoldBloom · M
[@960372,NoahB] The guy I'm talking about is batshit crazy and a stone-cold racist. He's definitely willing to die for the cause, all he needs is someone to order him to. And he would take out a lot of people with him as he's armed to the teeth with military-grade weapons, and knows how to use them. There could be as many as a quarter-million people just like him, maybe more.
+ 2

Quetzalcoatlus · 41-45, M
Lemme guess you tweeted it from your fake antifa account?
+ 1 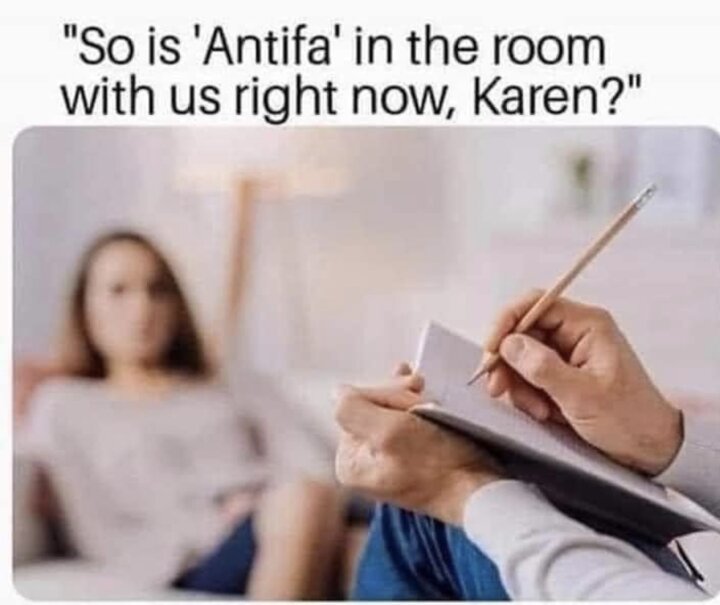 Jwalker
Which are the Patriots? Is it the Anti Fascists or the White Supremacists?
+ 2

Adam Rahuba is a Troll... and a performance artist.

Ravens80 · 36-40, F
Did any of you pay attention in school? This country came about because some of our ancestors took up arms against a radical government, ie the English to escape Tyranny and unfair treatment. Don’t think that patriots in this country won’t do the same again if the time calls for it. Oh and your estimate of a quarter million heavily armed is a little inaccurate try MILLIONS and MILLIONS.
+ 1

QuixoticSoul · 36-40, M
[@1024379,Ravens80] I 100% guarantee Amerifats will sit on their asses, aside from the occasional retard that gets ventilated by the feds when the 2nd amendment hits a little too hard. There won't be a civil war. There won't even be a real insurrection.

The British were not a radical government, they were the epitome of orthodox. The founding fathers were the radicals, we got uniquely lucky with having those fucking nerds in place at the right time.
+ 2