Don't fall for the Democrat Hoax and have them hoodwink you into getting autism! 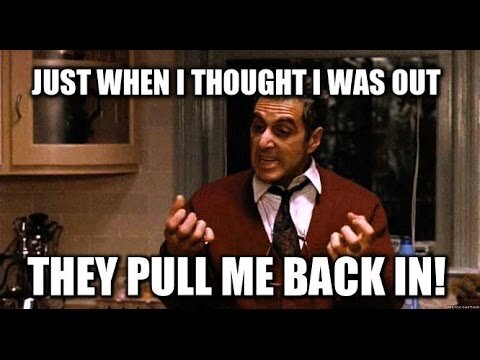 And he can't seem to figure out if he actually wants to block me or not. So conflicted!

1. I have been largely absent from the site for many weeks now. Break time is over.

2. Why don't you stop thinking you can tell other people what they can post or ask questions about?

3. You do know you can ignore the post and not comment, right? If not, it's okay to admit ignorance [b]as long as you are willing to take steps to rectify said ignorance[/b].

Are those enough reasons for you to be able to sleep well tonight? It's all about your comfort levels.
+ 2

daisymay · 46-50, T
[@684231,NorthernBear] If these people don't stand firm in their beliefs, then they will have no one but themselves to blame for their failure to support Orange Man properly and with necessary fervor and conviction.
+ 0 · Reply · Nov 23, 2020

MarkPaul · 22-25, M
[@773866,daisymay] Yeah, but they are still learning that Hugo Chavez is still alive. You are overloading them with too much information at once. What next... are they going to find out Hidin' Sleepy Loser Impeached Baby-trump did NOT win by a landslide and that Frederick Douglas isn't really still alive?
+ 0 · Reply · Nov 23, 2020

daisymay · 46-50, T
[@8638,MarkPaul] I am still waiting to hear back from the person who was "investigating" that you and I are the same person and was reporting my posts for it. I don't think it ended well for them, but again, I don't give a shit.

Also, have they all said "fuck it! raping and eating children sounds like a hoot, let's go join the Cabal"? I mean, from 135K+ sealed indictments to basically nothing is pretty damning evidence of their morality.
+ 1

daisymay · 46-50, T
[@1164612,LoveTriumphsOverHate] I'm not joking. I hope that clears up this "misunderstanding" and your, ahem, full-throated endorsement of the attention whoring bigot in the other comment.

You posted your drivel and when I said you wanted me to see it (it was in response to my post and about me after all) you implied that you did not want that very thing by brushing aside my observation of abject reality (which I have graciously outlined here for you) so I obliged by deleting it.

DeWayfarer · 61-69, M
Even your own choice of president admits both the existence of covid virus as well as promotes these vaccines with his ridiculously named program of "operation warp speed". Yet you will even discount his own words as being ignorant?

Come on now! I admit there hasn't been enough testing yet that's is exactly this President's fault by pushing it this the way he has.

Problem here is not vaccination. The problem here is going around well established procedures that the president threw out the door with the start of operation warp speed!
+ 0 · Reply · Nov 23, 2020
Edited: 5 mths ago
View 3 more replies »

DeWayfarer · 61-69, M
[@773866,daisymay] and you actually believe that he is so weak that he fell under such pressure yet not on anything else! Only on covid.

Just try to use the same idiotic arguments at so well served the current idiot in charge!
+ 1