Would you forgive her? Why or why not?

Many years ago, a childhood family friend came to visit me while I was living in Portland, Oregon. I was living in a house with my boyfriend. We had been living together about 2 years.

To make a too long horror story short, here is what my friend, helped by her husband whom she divorced a year later, did during what was the most painful summer of my life:

She, or more probably her cold hearted husband, killed our dog. We loved this dog, a stray we'd adopted, and we took it hard.

She began by arriving two months before she said she would. As a result, I was out of town when she arrived. That gave her a good opportunity to seduce my boyfriend into an affair so passionate he barely noticed me when I came home.
He had moved my things out of his room and up into the attic where I remained nights for quite a while.

The next thing: She pulled up my entire garden by the roots and killed it. I am an avid gardener and was taking a lot of pride in how well my garden was growing. If I gave you her arrogant excuse for doing this, you'd only think worse of her.

Next: I came home from work one day to find all of our cherished antique furniture gone. She said she'd sold it because, "It's ugly. And I need the room to practice my dancing." She was a dance instructor. She never offered to share any of the money from her sale of our furniture.

My boyfriend automatically took her side in all of this. Did I mention how slim and pretty she was?

Discussions with her only led to her insulting me in every way she knew would get to me.

At the end of that summer (1970) she and hubby left town and returned to the east coast. The night before they left, I took her to dinner at one of the better Chinese restaurants in Portland, Oregon. She threw a temper tantrum when one of the dishes contained carrots which she loudly insisted were "not authentically Chinese." (I later checked it out in an encyclopedia; she was correct; Carrots originally came from Afghanistan to China around 600 AD.) She was bratty and angry all evening. On the way home I told her our long time friendship (since early childhood) was on the way out unless she could find something kind or respectful to say to me before I dropped her at her house. It was a slow silent ride to where I dropped her off at her home.

I have not talked to her beyond "Hello" at family gatherings over the years. Both her mother and mine have blamed me for our dead friendship. She was one of the "chosen ones" in our parents' cultlike group while I always had much lower social status. (For the details, you can read my Featured story under my Profile here).

I have heard through my family grapevine that she has been very sad and regretful over our dead friendship. I have also heard something I have been pretty sure about for a long time now. And that is that she had little choice in her behavior but was ordered to do all these things by my mother. My mother had done her a very important favor many years earlier (had to do with Mom's CP cult group) and she owed my mother big-time. Plus she must've been greatly pressured by her own mother, a close friend and follower of my mother. Knowing what a terrifying and threatening person my mother was, and how powerful she was in the CP and in her own cult group, I could easily imagine the huge amount of pressure my childhood friend was under. In a way, she had little choice.

Now, as a Christian, I feel the subject of forgiveness is important to me. I am, after all, a follower of Jesus, who forgave his executioners even as they tortured him to death. And Who has forgiven me much as well and brought joy and peace to my heart.

But I wonder about a few things. Although I believe I am capable of forgiving her, perhaps even reviving our friendship, I know I could never trust her again. Not at all. Also, I am considered a much lower status person in our mutual family social world and I don't believe she would be capable of seeing me as an equal. For one thing, the CP doesn't believe in equality, but in elitism, and she is seen as more worthy than I am in all ways. This has been a problem from my point of view from day one and I believe if she comes back into my life, things will always be that way. Could I live with that?

Any answers you want to give will be appreciated. Thanks for reading all this.

Becksta · 36-40
Forgiveness... In the act of forgiving another, nowhere in the Bible does it say that you must place yourself in a position of further harm to forgive another.

By all means, forgive this woman... but don't let her close enough to your person that she ever gets a second chance to hurt you again.

SW User
No. The second you said she killed the dog, the answer was no. Now I should probably read the rest.
+ 3

cherokeepatti · 61-69, F
Forgiveness is one thing but trust is entirely a different thing. She has done nothing to earn your trust. Therefore nothing invested in the relationship. I have forgiven others for what they did but deeply regret giving them a second chance to show their true nature. At your age (and mine too) this kind of stress can be damaging.
+ 2

SW User
You can forgive her for yourself in your heart so you can let it go. You don't have to get close to her or trust her again. She seems like a very unkind person .
+ 2

curiosi · 56-60, F
Forgiveness is for you, so the hate in your heart doesn't destroy you. It sounds as if you have done that. Now stay away from her. I've read your feature story and many others. You were a victim yet chose to have kindness in your heart. It's not an easy choice but that's what is meant by free will. We can't choose our circumstances but we can choose to allow it to make us bitter or use it to be kind and more understanding of others. She isn't allowed excuses.
+ 1

DarkHeaven ·
You can forgive someone and still have no place for them in your life. Just because you have forgiven them and no longer directly wish them ill doesn’t mean you have forgotten and are now a doormat. I don’t easily let people into my life and never let them back. Done is done but that has nothing to do with forgiveness. The forgiveness I offer to them is for me. So my hatred doesn’t destroy me. 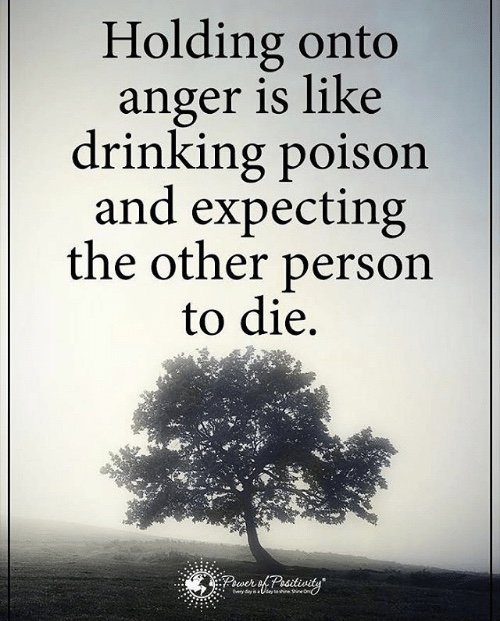 Zebrawl
You won’t be able to forgive her until you understand why she did what she did. I know it’s hard. Some things that people do are hard to understand or accept. I hope that helps. 🥺❤️🤗
+ 1

greenmountaingal · 70-79, F
[@14748,Zebrawl] I do know why she did it. My mother,to whom she owed a major favor, ordered her to do it. My mother was a powerful person in her cult group and also in the CP. My mother wanted me to leave Oregon and come back to live near her in LA. She could keep an eye on me and find ways of interrogating me and generally making me, as she and her friends saw it, less of a threat to their CP and cult group security. The CP people in Portland who were watching me and checking on me were tired of doing it and resented it. They felt I should be under my mother's watchful eye back in LA where I belonged. My mother firmly agreed. Sending an old friend to unravel my life would, as she saw it, make me want to leave Portland. I had written her a note saying how well I was getting along with my boyfriend, how much I enjoyed having a garden, how I was surprised at how much a cat person like me could love our dog, how happy I was to locate some free antique furniture, etc. She analyzed what was making me happy and sent a family friend up north to take my life apart. My old pal owed a lot to my mother and felt she had to do it or possibly be in real trouble with the cult group/CP. She'd already had some serious trouble with them earlier in her life and was hoping if she succeeded in dislodging me from my Portland life and got me back to LA, my mother, and my mother's group, she'd be a hero to them, thus erasing all her past problems with them. Also, I am quite sure her mother put her under considerable pressure as well, since her mother was my mother's close friend and also a cult group/CP person. Her life could've been in danger if she'd refused or failed to do it. And these groups like to make sure when they kill someone that they torture interrogate him or her first for security reasons. My old pal was under a LOT of pressure and was probably convinced I would be safer in Los Angeles. And she may have been right because the CP group in Portland picked on me for quite a while after that summer, and violence was involved on one of those occasions.
+ 1

Zebrawl
If you understand why she did it, that’s the first step. But to forgive I think we also have to be able to empathize with the person who hurt us. I’m not an expert on the subject but if we can’t ever put ourselves in their shoes it’s hard to empathize. And I think empathizing is the key to understanding why people hurt us and understanding is finding closure or at least making sense of or why someone hurt us. [@358142,greenmountaingal]
+ 0 · Reply · Jan 29, 2021

Zebrawl
I was thinking you couldn’t forgive her for some reason but I read your post again and it sounds like you want to know if we would forgive her. I’d be able to let it go but I wouldn’t hang out with her or anything again. [@358142,greenmountaingal]
+ 1

1pebbles · 51-55, F
You’ve been forgiven of much.... Christ is the example... to the thief who hung next to Him who believed He us unjustly accused and lived a sinless life.... “today you will be with Me in Paradise....”
+ 0 · Reply · Feb 27, 2021
22 people following
I Am Struggling With Forgiveness Personal Stories, Advice, and Support