I saw this this morning! Interesting!

The new All-Party Oireachtas Life and Dignity Group set up by pro-life TDs and Senators is a follow on from the Oireachtas Human Dignity Group which was established in 2008 by Senator Rónán Mullen and others. The All-Party Group's mission is to promote an authentic vision of human rights in the Oireachtas and in civil society, emphasising the right to life and dignity of every human person.

Co-chaired by two Members of the Oireachtas, the objectives of the group include the:

Promotion of an authentic human rights agenda in the Oireachtas
- Hosting information events for all Members on relevant issues
- Encouraging discussion among Members relating to human dignity, and
- Promoting a society that values people of all abilities, both intellectual and physical.

The inaugural co-chairs are Deputy Carol Nolan and Deputy Peter Fitzpatrick. Carol Nolan said the Group will stand up for "the right to life and the dignity of people - young and old, born and unborn. Issues around the right to life at all stages will be paramount and indeed we won't be shying away from any contentious issues that go with that. Other issues will include human trafficking, modern day slavery, quality palliative care, freedom of conscience and disability rights."

She says the group will provide a voice for Christian and social-conservative values. "We have a responsibility as Christians to challenge every injustice and what's happening unfortunately is that Ireland is turning to a culture of death. I think now more than ever it needs to be challenged, we need every voice there to raise these issues and work with our Group."

The other co-chair, Peter Fitzpatrick TD, says: "What we want to do is talk about the born and the unborn, young people and old people. We want to look at the quality of palliative care and disability rights. All these things that come under freedom of conscience."

Senator Rónán Mullen says that there is an urgent need for people who support life and dignity to raise their voices. "There's the tendency in some quarters to think that the pro-life side of the argument lost in 2018… that somehow it's our duty just to shut-up and crawl under a rock and get on board with whatever the majority thinks or appears to think and never put out a contrary view. Or that it's not the duty of the media to cover such contrary views. But of course, that's not the case. We must make our voices heard in public life and the media. Forming this All-Party Group is one way to ensure that happens."

The first initiative of the Group was to publish a report on Late-Term Abortion and Foetal Pain. The report quotes a 2020 article, published in the influential Journal of Medical Ethics, where the authors say there is now "good evidence" that the brain and nervous system, which start developing at 12 weeks' gestation, are sufficient enough for the baby to feel pain. In the article, Professor Stuart Derbyshire and Dr John Bockmann say research indicates unborn babies might be able to feel "something like pain" as early as 13 weeks.

The report says: "The refusal to extend even a morsel of compassion to these babies as they breathe their last breath in this world is the most forceful and ringing evidence that we are losing our empathy and way as a society. Enshrining protections in law to ensure unborn babies receive pain relief before a late term abortion wouldn't save the baby's life but it would at least introduce a degree of humanity into the law and ensure that no baby suffers a harrowing and painful death that could easily be avoided.

"Instead of looking for excuses not to introduce humane pain relief amendments to the new abortion law [in Ireland], we need to acknowledge the growing scientific evidence in this area and come together as a society to guarantee the passage of these reasonable amendments without delay. The emerging evidence highlighting foetal pain is something that any society wishing to call itself civilised cannot ignore."

LeopoldBloom · M
In the US, 93% of abortions are before 12 weeks. Later abortions are, in most cases, because giving birth would threaten the mother’s life or the fetus has abnormalities incompatible with life. These last are tragic situations where the mother wanted the baby but could not complete the pregnancy. The decision to abort in these cases should only involve the woman and her doctor, not politicians or religious figures.
+ 0 · Reply · Jan 29, 2021 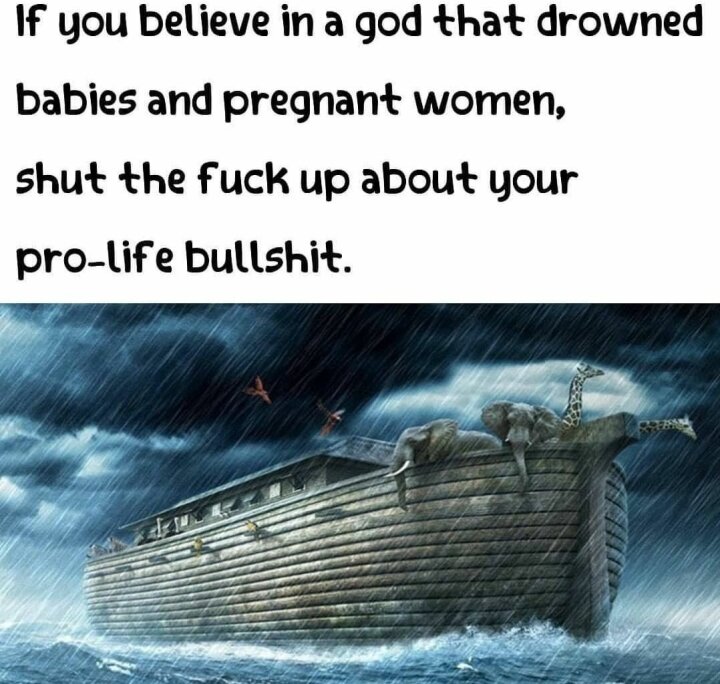