I love waking up like this, its more predictable than my alarm

Because he's trying using my boys as an avenue to suck up asking if I'd told them he was leaving, what they're going to say, yadda yadda yadda... I told my sons, they're more concerned about replacing the tv he bought for them to play video games on.

I told him this day before yesterday. This morning, I get the new tactic of manipulation, a very classless and .... anyway he drives a semi, closed trailer truck 3 hrs to another major city, unloads, run some loads around up there, then comes back. At 5:30 he still wasn't back, but I already knew he wouldn't be because PAYDAY is upon us.

About 5:55 am I get a text saying he'd wrecked his truck going 75mph. After a respectable wait, I got another text saying thankfully the truck and him are okay.
Normally, I'd call and get right up in the middle of that. Find out what happened, where it happened, how are you feeling, what does the company say, are you going to be able to go back to work, do you need to see a doctor....
I didnt this morning.

He got to the house at 6:03 am
He brought food for my sons which he left on the counter and then climbed into bed with me, wrapped himself around me and even when I asked him to stop he didn't.
I laid there for a few minutes and then my alarm went off and I got up to wake the boys up.
5 minutes later he calls me from the bedroom... to tell me the food on the counter is for the boys in case they didn't see it.

I do not understand why he keeps persisting in this way. I've told him, for me, there are only two paths right now, continue down the path we're on and he moves out on Superbowl sunday or we involve a professional.
I've said it twice now, the last time was Monday afternoon, he changed the subject but continues to do this....

justanothername · 51-55, M
Change the locks on your doors so he can’t come in then call the cops when he makes a noise at 4am
+ 1

StraightLacedLADY · 41-45, F
@justanothername I will if it comes to that but I'm a woman of my word. I gave him 30 days, I don't want this to be a chaotic, fighting, hard feeling memory. I'm already horrible at setting boundaries but the very least I can do is stand by the one I've established. I'm not trying to hurt anyone.
+ 0 · Reply · 4 days ago4 d
Translate

justanothername · 51-55, M
@StraightLacedLADY we’ll make sure you stand by your boundaries and don’t give in.
+ 1

Northwest · M
If you don't want him climbing into bed with you. why don't you put a set of sheets and a pillow on the sofa?
+ 0 · Reply · 4 days ago4 d
Translate
2,618 people following
Abusive Relationship Personal Stories, Advice, and Support 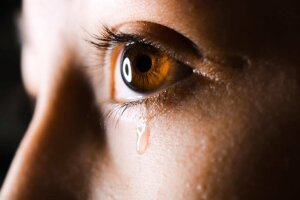