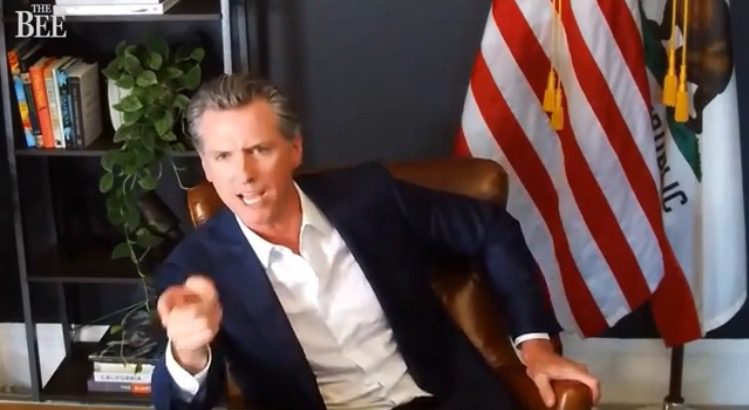 When the Associated Press called the election for Newsom, the noes were leading with 67 percent of the vote.

Though just 62 percent of ballots had been counted, Newsom addressed his supporters at the State Capitol in Sacramento.

“I am humbled and grateful to the millions, and millions of Californians who exercised their fundamental right to vote, and express themselves so overwhelmingly by rejecting the division,” Newsom said.

“An overwhelmingly no vote tonight here in the state of California. That was expressed tonight. I want to focus on what we said yes to as a state,” Newsom said while giving remarks at the state’s capitol.

The media was all in on this election, painting the black challenger of Newsom, Larry Elder, as a “white supremacist” for being a Republican. The ridiculous line was parroted repeatedly on CNN, in the Los Angeles Times, and countless other publications.

[i]California had a chance and blew it. It will be interesting to watch developments now that the Marxist left has been emboldened. [/i]

Share Link
This page is a permanent link to the reply below and its nested replies. See all post replies »

jackson55 · M
[@78387,Stereoguy] It was probably fair. There’s not enough republicans left in California to make a difference. Even had Elder had gotten elected he would have had to deal with the super majority of Dems and nothing would likely change.
+ 2