Have you ever chatted with someone, thought it was going good, and then all of a sudden its like who are you. Personal attacks and assumptions

Holy crap, chatted with someone, and went well, good joking conversation and then one day not feeling like chatting and "BAM" this person changes and gets snitty and bitchy. Like WTF. I talk to whom i want to, if I'm not in the mood to talk to you then accept it and suck it up.

KuroNeko · 41-45, F
Yeah some guy here who insists I bullied him on EP. He will start a normal conversation and then launch into "you don't remember who I am do you??!" I can only assume he thinks I am someone else.
+ 3

SW User
Yes that happened to me on here by someone who is/was popular a couple of years ago but he's blocked now.😌
+ 2

sassypants · 31-35, F
That sounds familiar. This person decided they wanted me to chat with them exclusively. Then he was upset that I responded to slowly.
+ 2

PaleandPolluted · F
I was blocked once for ceasing to talk as much, these people need to get more in their life.
+ 3

PaleandPolluted · F
[@11509,Keepitsimple] i think with me i started having more to do with real life people.
+ 2

Mse90 · 46-50, M
[@11509,Keepitsimple] I couldn't agree more, and wish there was more people like you on here, or at least that I have been able to find. I have met a few really good people on here that I chat to whenever we are on at same time. But no expectation to talk everyday.
+ 2

SW User
Not exactly the same but I've had surprises after chatting with someone for a day or two. Its best not to take these things personally or you'll be upset a lot.
+ 1

ZenPearl · F
I had someone yell at me in all caps, then he blocked me, because I didn't answer fast enough. 😂🤣🤣
+ 3

Quimliqer · 61-69, M
Had some great chats with a user, then i was asked a question and answered it to get a better understanding and BOOM!! I'm an a@#hole with no imagination...Blocked!!!
+ 1

Incognitochick · 41-45, F
I had someone just stop speaking to me for like a month cause they didn’t want to be friend zoned. Despite the fact I’m in a relationship and made it perfect clear that I wasn’t looking for anything other than a decent conversation. I just still can’t understand where they got the impression there was ever anything more. Now I just stay politely distant.
+ 1

Gaiia · F
Yeah but they were really insane. Then said sorry and then did it again. A long time ago.
+ 2

RubySoo · 51-55, F
Yup. A few times.
Mind you...ivd also had the opposite where the person and i spent hours chatting every day. That became the norm over weeks. It was them that set the pace so to speak, so when one day i heard nothing it was unusual. Over a few days there was less and less from her....but when i asked if all was ok or if id offended in anyway i got accused of being weird and clingy! Yet they had often messaged me two or three times in a day if i hadnt gotten back to them within a few hours.

OogieBoogie · F
Yeah sort of...slightly different situation ...they asked for a photo, and the internet was slow ...wjen they didn't get it ...they turned nasty and threatening.

Some people are just freakishly weird.
+ 1

ChampagneOnIce · 46-50, F
People are weird. I am very direct about not sharing personal information, yet some people have gotten angry at me, called me names, blocked me for not telling them where I live, what my name is, etc., especially early on in the conversations. I'm on here for the anonymity, and I am upfront about that.
+ 2

· Reply · Feb 1, 2021
Edited: 5 mths ago
46904 people following
I am a New Member at Similar Worlds A place for new members to meet each other and introduce themselves. 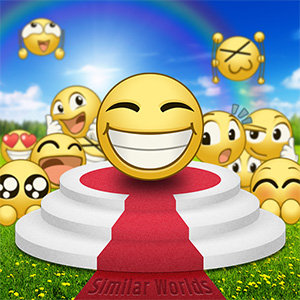