Is there something that you did to someone which you think is morally wrong... | Community | Similar Worlds
People & Family > Groups
Community
Follow
No Notifications
Only logged in members can reply and interact with the post.
Join Similar Worlds today »

Is there something that you did to someone which you think is morally wrong, but you still fail to feel bad because that person sort of deserved it?

I am a good person, I swear 🤷‍♀️There has never been an incident in my life where I felt I am evil or bad for doing something.... until 2020. I think what I did to someone wasn't right, but I fail to feel bad because I think he deserves it, I feel he intended to take advantage of me/harm me if things didn't go his way, and I just beat him to it.. But I admit I should have known better .. I am just surprised that I didn't lose sleep over it when I often feel guilty so very easily.

Adroit · 31-35, M
[@4367,MissGaga] I can really understand where you are coming from. Like you said if you normally feel guilty over silly stuff and don’t with him then refer to the first section of my previous reply 😉. I’m not sure if I have ever intentionally hurt someone. If it’s friends I’m bothered with I usually just pitch them shit and they take the hint. If it’s my partner I usually shut down and wait until I am ready to resolve the problem. Who knows what I would have done in your situation though 🙃
+ 1

MissGaga · 26-30, F
[@1182629,Adroit] [quote] If it’s my partner I usually shut down and wait until I am ready to resolve the problem.[/quote] Yea I am not good at confrontation too when it is someone I love.. I guess it all boils down the word "intentionally".. who knows, I may have hurt someone before without knowing it, but I know I'd never do intentionally, and more importantly, do it and not even care.. to be honest, I scared myself a little lol didn't know I could be this cold!
+ 1

Adroit · 31-35, M
[@4367,MissGaga] I’ve gotten a lot better. I’m usually pretty calm on the outside and getting control of my emotions has helped me maintain that. Ya I feel ya as far as “intentions” go. That’s why I said I’m not sure. I’m sure it at some point everyone unintentionally hurts someone. He must have been a real dirt bag then if you could do that without remorse 😁 being a guy I don’t have to worry about that as much except for gold diggers, but I’m poor so that problem sorts itself out 😉
+ 1

PerthSurfer · 46-50, M
I think if you protected yourself from someone taking advantage of you then you did the right thing and it’s their problem.

I’ve had moments like that but while I didn’t like my actions I’m glad I stood up for myself.
+ 1

PerthSurfer · 46-50, M
[@4367,MissGaga] We are both a fan of telling it like it is with no BS 😃. It gets easy after a while to tell when someone isn't being straightforward. Usually they seem too good to be true. Real people usually have heaps of crap going on like us lol. If in doubt.. shut them out, that's not history channel that's me 😂 There's a book called The Art Of War by Sun Tzu.. it's about actual military strategy but it translates well into personal and corporate life. You'd like it think. It was written 2,500 years ago.
+ 1

MissGaga · 26-30, F
[@557074,PerthSurfer] [quote]shut them out, that's not history channel that's me[/quote] HAHHAHAH that made me laugh 😂I agree... I think what I did wasn't right, but i am only talking about the "mean", but I don't regret one bit shutting him out.. because even now after a lot of months have passed, I am glad I ended it.II think that book would interest me! 👍
+ 1 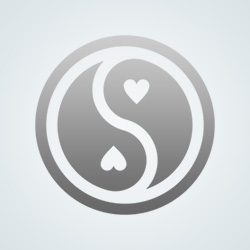 EarthlingWise
No, maybe because I believe a bad person will use any excuse to be even worse. Maybe because I'm not clever enough to find a way to have my revenge safely!
+ 1

MissGaga · 26-30, F
[@18983,EarthlingWise] this is not a form of rationalization though trying to justify the bad things we do to make ourselves feel better.. . Because even though I think that person wasn't exactly a 'victim', I still believe that what I did wasn't nice or something in my nature. So yea, I do believe that him deserving it isn't a good excuse, but I still fail to feel bad for him.
+ 0 · Reply · Jan 30, 2021
Edited: 6 mths ago