People & Family > Groups
Community
Follow
No Notifications
Only logged in members can reply and interact with the post.
Join Similar Worlds today »
Question for our Australian friends.
Has the Australian government gone o/t/t with it's reporting restrictions under secrecy laws ? Or is it merely trying to cover up whistleblowers dissent ? A lot of papers today have blanked out their headlines across the front pages in Australi...
This is a truncated preview of the original post. Press here to view the full post.

Circa1947 · 70-79, M
This was done by all the main dailys to draw attention to, and protest against the raids made by Australia Federal Police on journalists.
Annika Smethurst’s report suggesting the nation’s surveillance agency, the Australian Signals Directorate, was seeking to broaden its powers to spy on Australian citizens without their knowledge was immediately referred for police investigation. Highlights the serious concerns about the willingness of governments to undermine the Australian public’s right to know about important decisions governments are making that can and will impact ordinary Australian citizens.
+ 1

DeWayfarer · 61-69, M
Interested question. Perhaps this image from your link sums up that article nicely... 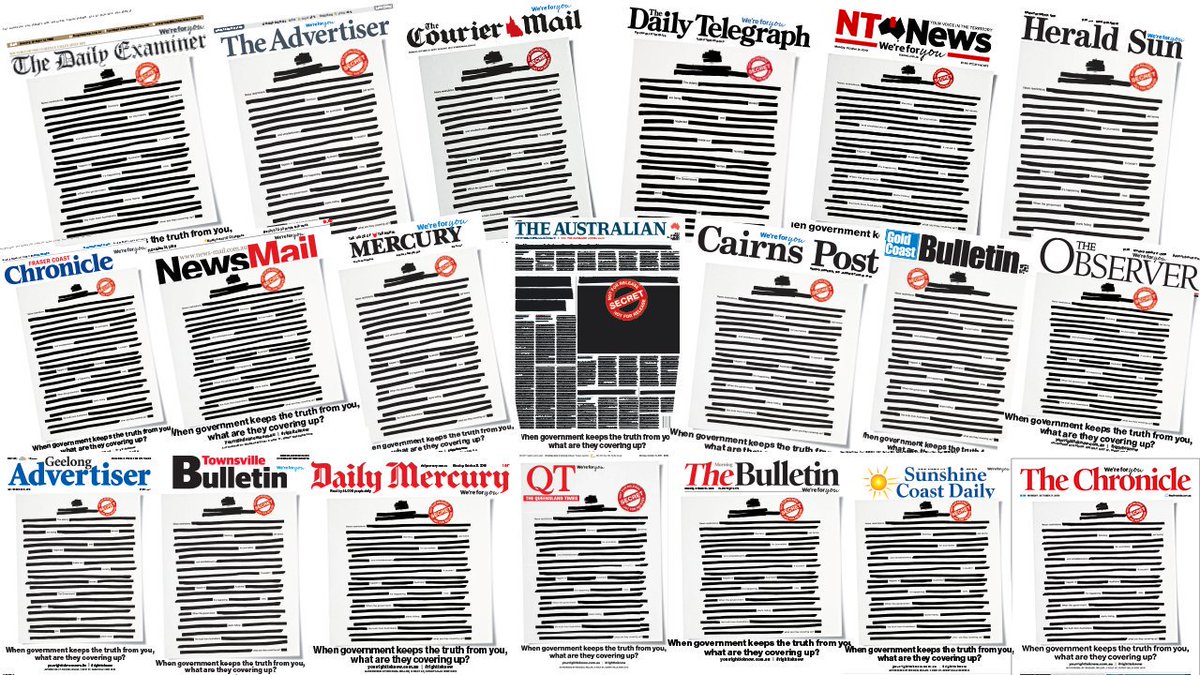 SW User
Wtf? Do you have a link or screenshot?
+ 1

SW User
[@448576,Picklebobble2] you know they try out different tactics in different countries and different places and then use them again elsewhere.
+ 0 · Reply · Oct 21, 2019
Translate (BETA)