Dem candidates BeatOff O'Jerk and Mayor Booty-Jab will defund or even criticize mosques that refuse to perform same sex marriages?

Booty-Jab better not even go near one or he risks getting tossed off the roof.

RippinKlouds · 46-50, M
You might as well learn how to spell and pronounce his name correctly, because you'll be hearing about him for many years to come. He's the most intelligent and capable of all the candidates. Peter Buttigieg
+ 0 · Reply · Oct 15, 2019
Edited: 2 yrs ago

PainfulTruth · M
[@526185,RippinKlouds] Booty-Jab describes him much better. And political-wise, he's gone as far as hes going to go, cupcake.

fairefoutre · 70-79, M
No religious oganisation be it Christian Muslim or Jewish should be required to solemnise a marriage which is contrary to their teachings.
+ 0 · Reply · Oct 15, 2019

cherokeepatti · 61-69, F
I don’t know but thought I’d share this photo of Beto 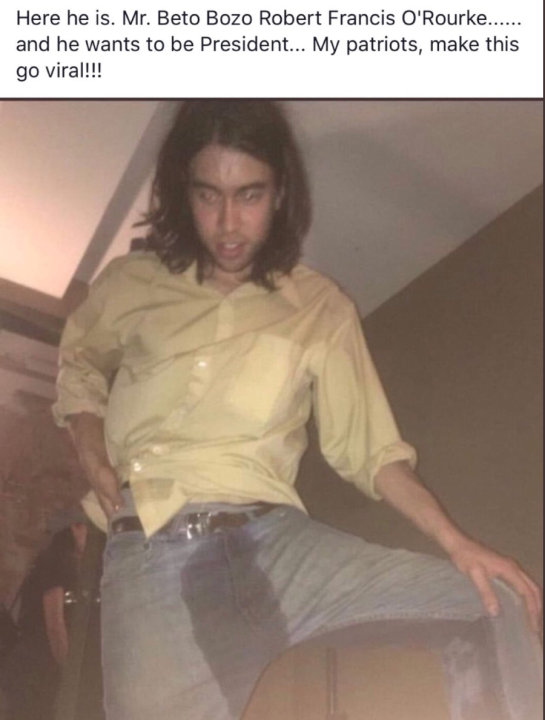