Where did life come from according to some wanker When I think of Nobel pri... | I Science | Similar Worlds
This post may contain Adult content.
I Science
Follow
AdultPositive
No Notifications
Only logged in members can reply and interact with the post.
Join Similar Worlds today »

Where did life come from according to some wanker

When I think of Nobel prize winners who later promoted bonkers theories, there’s a list of them competing for the highest fall from grace. Linus Pauling was a two-time Nobel winner, then launched society’s fraught obsession with vitamin C megadoses. Brian Josephson shared a Nobel for his work in quantum tunnelling, then went on to tout quantum mysticism, searching for the relationship between quantum mechanics and consciousness. To which the scientific establishment has largely said ‘quantum blow me.’

Today’s Moment of Science… the (alleged) origins of life.

The TL;DR on Francis Crick is that he and James Watson are credited with elucidating the double helix structure of DNA. They likely did a bit more, uh, borrowing from Rosalind Franklin’s work than is considered polite in civilized society. Though it would be shortsighted to assert that Watson and Crick would have been entirely fumbling in the dark without Franklin’s work, the quality of her x-ray photos of DNA was reportedly the best in the field. The Nobel laureates may well have remained a step behind without her work.

But we’re not here to talk about actual proven science Francis Crick may or may not have contributed to.

Sometime after Watson and Crick’s names were forever carved into the annals of scientific history, Crick started having other ideas. He even readily admitted this did “not have any strong arguments.” But man, did he try to drum up support for the weak arguments he could muster.

The idea that life exists throughout the universe and, historically, has been transferred between planets and star systems is known as panspermia. ‘Pan’ meaning ‘all,’ and ‘sperma’ meaning ‘existence spunked its seed goddamn everywhere,’ there are several categories of this belief with varying degrees of credibility. Lithopanspermia suggests that organisms are transported from one place in the universe to another on the backs of meteorites. Radiopanspermia suggests the cosmic wind spreads life forms around, driven by radiation pressure from stars. Accidental panspermia suggests that aliens visited long ago and, whoopsiedaisy, we evolved out of their trash heap.

Then there’s the fuckery proposed by this Nobel prize winner.

Directed panspermia suggests that not only was the origin of life on Earth extraterrestrial in nature, but that it was created purposefully. The reason for this belief? DNA, RNA, and the mechanisms by which they work their biological mischief are super complicated, you guys. Hence, aliens.

The whole theory basically says “it’s so fucking complicated that I don’t think this planet could have shat it out.” This is not an argument, it’s an absence of an argument. Besides lacking evidence, there’s another major problem with directed panspermia: DNA would likely have to evolve somewhere in the universe at some point, even if it wasn’t here.

It only took a handful of generations to create the Habsburg jaw, so I’m not sure why 3.5 billion years of evolution couldn’t create a helical shaped molecule or two.

Crick was invested in the directed panspermia hypothesis, exploring and promoting the idea from the 1970s until his passing in 2004. I doubt it, but maybe evidence will present itself for this some day. If it truly was the grand plan of some alien species to fly zillions of miles to seed a random planet with DNA, enzymes, proteins, and a microbe or two, I have some questions regarding their long game for Australia.

This has been your daily Moment of Science, reminding you that no amount of degrees or awards makes a statement true without evidence.

Talesfromthedarkside · 26-30, M
Kinda like that one expression there is a thin line between genius and crazy lol
+ 1

DrScissorhands · F
There’s only one man who successfully blended the two and that’s Einstein 🙌🏻[@691329,Talesfromthedarkside]
+ 2 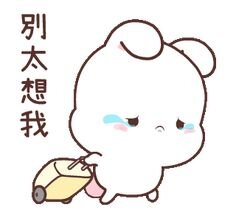 TUFKAL · 56-60, M
Such a disappointment. My career path was largely inspired by reading The Double Helix as a teenager. Now Watson is discredited and Crick a crank. Too much beer in The Eagle maybe. Still, he has a nice new shiny research institute named after him.
+ 1

TUFKAL · 56-60, M
[@957625,DrScissorhands] It's a struggle. Melvin Calvin allegedly stole work off one of his colleagues, then sacked him. Hans Krebs seems to be untarnished unfortunately. I think I knew his damn cycle for about 30 minutes.
+ 1

DrScissorhands · F
I’ll try to get regular updates in bout the latest horrors in science [@1190214,TUFKAL]
+ 1