It's part of the soundtrack to the Sharpe film series. Sung by John Tams - who also plays Hagman in the films. 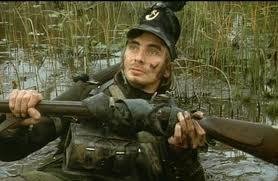 By the time you've done all that, you'll probably have filled up around three months of your life being entertained.