Cardiff here I come... Finally,for the first time since September 2019,I wi... | I Love Cricket | Similar Worlds
I Love Cricket
Follow
Exciting
No Notifications
Only logged in members can reply and interact with the post.
Join Similar Worlds today »

Finally,for the first time since September 2019,I will on Thursday get to see my beloved Glamorgan County Cricket team play live,closely followed by another game next Sunday.
Still not normal spectating conditions but it is a start.
And my first sporting event of any sort in Wales since Feb 29 2020.
🏏😀🏏😀🏏😀

Sirfurryanimal · 61-69, M
It is getting exciting....a friend and myself have seats next to each other after telling the club we are in a support bubble...which is nearly true.. 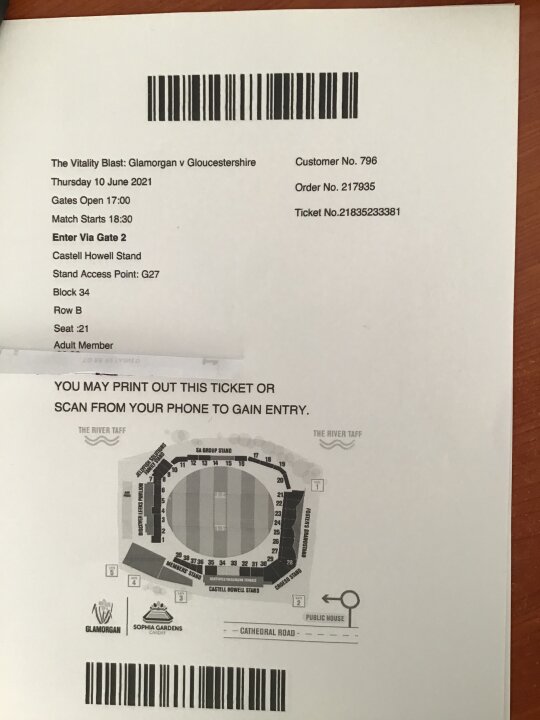