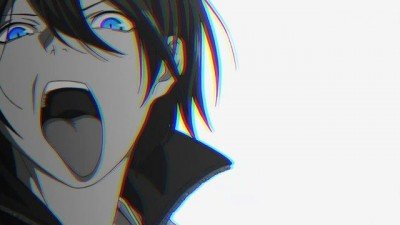 I Can Not Stand Child Abuse

Notifications: · Newest First
Me Too
I will tell you the story of a girl.
My friend.
My friend, whom I will call Trish, had abusive parents.
[i]Has[/i] abusive parents.
I first actually met Trish and started befriending her about 4 years ago, in 9th grade.
My entire class knew that Trish's father used to hit her - because of her grades, when they fought or had an argument, and so on; however, we never knew the extent of his abuse. We never imagined how bad it is. Yet, I and the rest of the group would ask her about why she wouldn't tell the police and talk to her about it.
We spent 3 years trying to get her to talk to the police.
In 10th grade, lots happened: he sent his wife to the hospital, and Trish attempted suicide.
In that same year, she started revealing to us, bit by bit, his abuse. He'd lifted her and threw her back to the ground. He'd punched her. He was and is a darned criminal.
His wife's skull was fractured or something [i]because of him.[/i]
These events were some that I remember of that year. Because his abuse was not occasional - never. It was a continuous state of terror. He would be human in a moment, he would treat them and take them on family outings (I never comprehended how that could be possible), then in the next a merciless monster.
He is a monster.
In 11th grade i got out of touch with Trish so I am not entirely aware of what happened that year. But her father is not someone that would change.
This year, particularly a few weeks ago the most terrifying thing i could have ever imagined happened.
Trish used to talk to this guys back in 10th grade - BUT STOPPED COMPLETELY. Apparently, she didn't delete her chats.
Her father got a hold of her phone somehow, and saw [b]everything[/b].
It was the first day of the weekend.
7 AM
She was asleep.
[i]he literally dragged her out of bed from her hair [b]and started beating her[/b][/i]
HE STARTED BEATING HER. IN THE MOST MONSTROUS WAY IMAGINABLE.
No questions asked.
Her [i]parents[/i] told her that she should 'have a car hit her.' Told her that [i]she[/i] brought [i]them[/i] shame.
She ran out of the house.
They live in an apartment.
I couldn't believe it when I'd heard. SHE RAN AWAY FROM HER HOME BECAUSE SHE FEARED FOR HER LIFE FROM HER OWN MOTHER AND FATHER.
She called one of the girls in our group for help. She finally [i]finally[/i] [u][i][b]FINALLY[/b][/i][/u] DECIDED TO TELL THE POLICE.
So she went to our friend's home and then went with her and her father (our friend's) to the police station.
Our friend described how was Trish to me. She said that she couldn't even walk. That there were marks all over her neck. of fingers. he was choking her.
After they got to the police station she spoke to the officers in a room. while she was there, Trish's [i]father and mother[/i] arrived with their neighbor. They were all a bunch of ...
*sigh*
Her mother denied everything. Her father denied everything.
Then the police sent her home with them.
I broke down crying when she told me.
[i]"They were going to kill her."[/i] is the only thought that occupied my mind for 24 hours.
She was going to die.
That monster is going to freaking kill her.
But he didn't
he didn't
and she was still alive
he didn't beat her when they arrived home
he yelled and yelled and yelled and spat and yelled
but she was safe
for the time being.

but what can you do?


plus, i will not blame fostering.


least i got a family AND i compensated as the outsider i gained something the rest of the 'biological' didn't.

i'm still hated for that but ... they had their chance.

weird.. i was told all my life and treated like shit because i wasn't part of the family... but due to provisions....

i obtained their empire. maybe it's fate.

i was always an wine person, it seems. the kids didn't care to keep the family business going.

years of interest and labor. punished.

Anonsmiles · 18-21, F
If they left marks it's unlikely the police would send her home with them based solely on their words alone, unless they're just shitty cops, of course. If they're just shitty cops, the next people you should call is CPS. Their job is just on protecting kids from people like that.
2 · Reply · Nov 20, 2016 | ·
Edited: 3 yrs ago
1-4 of 4
Write a comment...
3742 people say
I Can Not Stand Child Abuse Personal Stories, Advice, and Support

Add a Story Updated: 2 mths ago
Content Rating: Non-Adult Group Members Report Group
Similar Worlds © 2020
Help/FAQ Privacy/Terms
I will tell you the story of a girl. My friend. My... | I Can Not Stand Child Abuse | Similar Worlds