berangere · 70-79, F
He certainly did,but if he is from our future this is the way we will look in a few thousand years or may be before!
+ 1

Wraithorn · 51-55, M
That is interesting. It's just a pity that the origin of the video cannot be verified. Also why is it so dark ? It's frustrating that these kinds of videos are never clear or properly lit so that we can see properly.

It is difficult nowadays to tell the difference between truth and disinformation. There are secretive black ops programs which are above the law and above the control of government and many of them spread disinformation in order to create confusion.

It is difficult to see the truth. What we need is full disclosure but that's not happening.

It's clear that since the 1950's there have been covert operations going on in the USA in connection with OFO's etc. I have read reports about a UFO which crashed in South Africa in the 80's and possibly another one in the 60's. Apparently these were handed over to the Americans in exchange for support from the USA in the united nations and other things.

Trillions of Dollars are being funneled to these black ops without explanation to the public even though the USA is apparently Democratic. Did Donald Rumsfeld ever explain those Trillions of dollars that he "misplaced" ? No , and he never will because he is being manipulated and blackmailed by people who are above the law.

It's a sad a state of affairs really especially when this occurs in a country which the world looks to as an example of Democracy.
+ 2

Wraithorn · 51-55, M
I highly recommend a site called ISGP, the Institute for the Study of Globalization and Covert politics. You will need a lot of time to read. I've been reading those reports which have been compiled over the yrs by a Wiki-Spook for days. I'm not even half way through yet. There is a huge amount of staggering information and superb investigative journalism done there. You will need courage to read some of those reports though. They make the hair on the back of your neck stand up and show you information that will leave your mind feeling numb.

During my reading of those reports, which include an international network of Peaodophilia which is used to blackmail certain people into absolute silence, or they tell blatant lies to assist certain cover-ups. I'm not kidding, it's shocking and eye opening to the maximum. Google that site when you have a chance but I repeat , you will need courage.
+ 2

voyelle · 51-55, F
@Wraithorn: thank you very much for the info wraithorn and I will look into it. The more people know the more informed choices they can make.
+ 1

Whether its legitimate or not, I don't know, but what the "alien/human" said is in accordance with Hindu philosophy and religion; we are all One, experiencing ourselves in different forms at different times in our existence.

I suppose that's reincarnation of some sort, although the "alien" alluded to this being not a part of any religion but nature itself.
+ 1 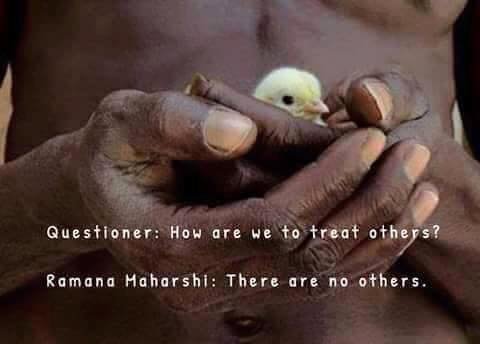 berangere · 70-79, F
This video appears to have been from the fifties,this could explain the poor black and white quality,this could have been after the Roswell crash landing,it was said that many aliens'bodies were recovered at the site and some were still living.In the fifties the general public was not so much into Indian philosophy,they followed the christian orthodox religion,interest in other philosophies and religions became more popular later among the young,starting in the sixties. So what the alien was saying was not a widely accepted concept at the time.I believe this video could be genuine.
+ 1

berangere · 70-79, F
@voyelle: There was a lot of misinformation about alien life in the fifties and also a lot of ridicule,people became afraid to speak up and voice their beliefs in aliens, this of course was orchestrated by those who benefited from keeping it from public knowledge.Look up the Roswell story,it will tell you a lot. also look up "project blue book".
+ 1

voyelle · 51-55, F
@berangere: totally agree with you. So many accounts from past pilots, astronauts who just were taken the mickey off. There are very very good credible accounts out there but got suppressed. Now that alien life is more or less accepted by all, there are all kinds of vids maybe many are just fraudulent trying to cash in on the sensationalism. Like everything else really..
+ 1

berangere · 70-79, F
@Northwest: And neither am I a hater. Pointing out the barbarity of Islamic IDEOLOGY does in no way make me a hater.And yes, I don't trust the mayor of London. 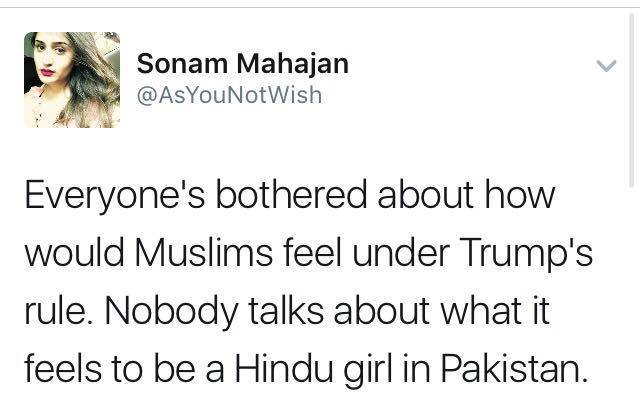 Northwest · M
@berangere: I have some news for you. You are a hater.

When someone, who was deemed to be trustworthy, and a leader, by millions of Londoners, and has shown. not only that he's more respectful of women, than any of his successors, and that he's a great leader, but you mistrust him, simply because he's Muslim, you're telling the whole world that you are a hater.

This is not a member of ISIS. He's not supportive of Saudi Arabia. His wife is a successful attorney. They're raising two daughters, to be independent women.

Yet, you cannot stand him being the Mayor of London.

This is hate and prejudice. Don't lie to yourself.

As for the Tweet, you, and the person who tweeted this, really, have no clue, what America is about.

You think that Muslims, are "alien" to America. Muslims Americans, are American. Period. The Constitution, protects all Americans, irrespective of religion, or race (among other things). Yes, ALL Americans, should be concerned, if someone tries to manipulate the Constitution. If some people in Pakistan, are making a Hindu's life, uncomfortable, IN Pakistan, to try to connect that to American Muslims, shows that whomever is trying to do that, is ignorant of everything American, not to mention a hater and a xenophobe.

berangere · 70-79, F
OK this is your opinion,this is what YOU say.I am neither a hater nor a xenophobe.But Islam is Islam,a very barbarous,intolerant and retrograde creed, no matter where in the world it happens to be.
+ 0 · Reply · Nov 24, 2016
Edited: 4 yrs ago
1-7 of 7
7 people following
I Love The Great Mysteries Of The Universe Personal Stories, Advice, and Support