Quick poll who oppress their citizens more Afghanistan or French

Poll
Afghanistan
French
Show Results
You can only vote on one answer.
This would really clear up a debate I’m having with some users on this site

Myselfatlast · 22-25, M
Some loony way far left idiots on this site thinks I’m racist because I criticize the Afghanistan government and explain misinterpretation of a French law [@7167,Adaydreambeliever]
+ 0 · Reply · Jun 7, 2021

Midnightnerd · 18-21, M
[@7167,Adaydreambeliever] I'm hard core libertarian, not even a little bit left wing. I wouldn't disagree with your poll. This is because in France they made it illegal for women to wear the Burqa using a law that bans all facial covering in public. So French women who are muslim feel criminalised (oppressed) by the government.
+ 0 · Reply · Jun 7, 2021

mrlopez · 26-30, M
[@7167,Adaydreambeliever] believe or not a lot of the french women I met get harassed alot in France. Compared to usa, Canada and the UK. They feel more free to wear whatever here without getting harassed to the levels of France. At least that's what they told me.
+ 0 · Reply · Jun 7, 2021

Reflection2 · 36-40, M
Afghanistan is a land of wild freedom. Each and every body is a kind in their own. No laws to follow. Just wild chaotic freedom for every one until unless one over step on their dignity.

France on the other hand is very systematic and grid upon grid of a complicated, hidden systematic oppression.


Seriously. Its hard to decide which one is more oppressive. 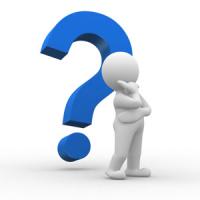