SW User
Thanks to everyone who has taken part in this game, it's been fun.

I've decided to bale out before the end, and my account will be gone before the final on Sunday.

I'll leave the post up, but I don't know if it is still there after the account is deleted. Either way, this version of the leader board won't get updated.

Good luck to everyone battling for third place.
+ 11 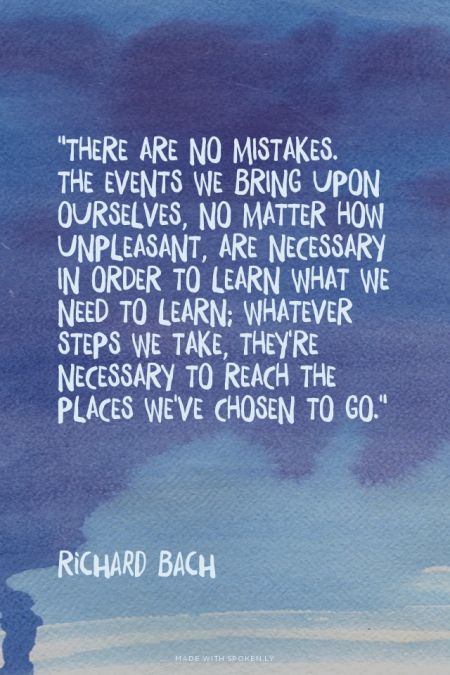 You know we all enjoy your company and pleasant and witty remarks. I know I will miss you as many of us will....🥺 I’ve said goodbye to two other close friends yday and a couple of days back. So this is hard...I hope you take a short break from here. But come back....🤗💙🤗💙🌷
+ 2

SW User
The group stages are over and the round of 16 games decided, just about 🥴

Mordi is still holding onto the lead, but SappicHeart is close behind. All to play for the knock outs.

Two days to recover without football.
+ 7 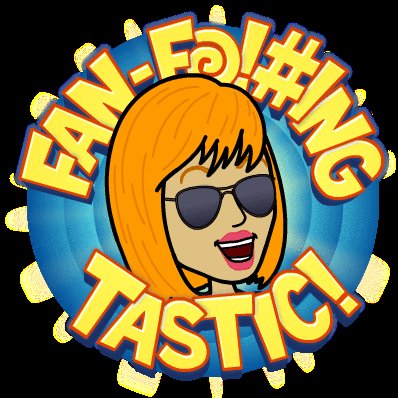 who can i speak to about a suitable adjustment? surely there must be someone in the management structure of this enterprise who appreciates a touch of the finer things in life!

discretion and confidentiality are guaranteed.
+ 7 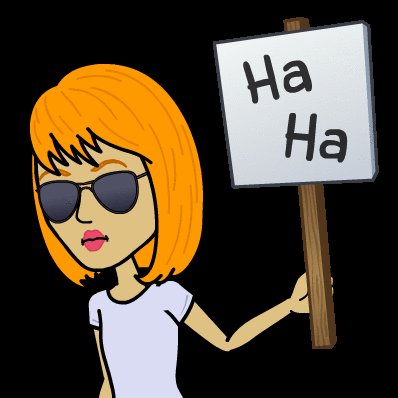 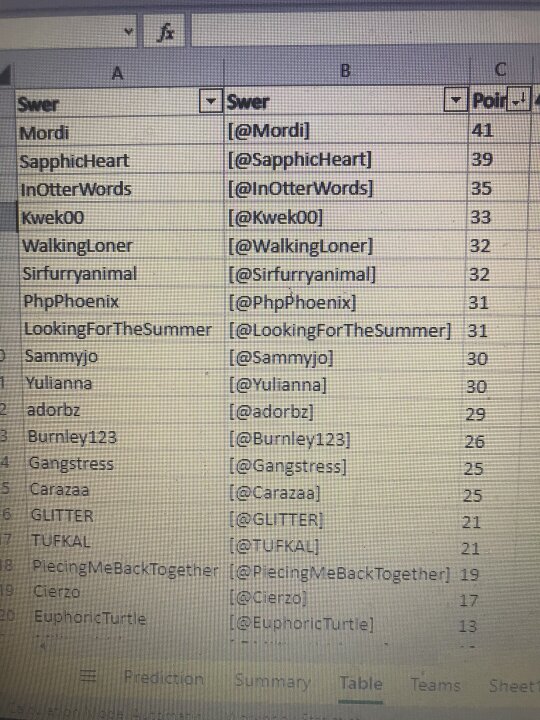 We meet tomorrow and march on Eurovision HQ.
+ 1

SW User
With a game to go we have a winner and runner up.

All still to play for third place.
+ 6

SapphicHeart · F
[@1190214,TUFKAL]
Thanks, I went for the first spot, or just beating all the guys. One didn't want to follow along. Gah. Thanks for a great game and everyone, have fun going for the third. I'll still place my predictions for the final when we know who they are. May the better team win EURO, looks like Italy right now.
+ 3

Gotta be up there for Goal Of The Tournament...

I have known a few Derby goalies in my time.....in a professional sense, that is....

Yulianna · 22-25, F
🇺🇦🌻 i am pleased to see that the "small" contribution i made to the management's favourite charity has had such an impact on my position. 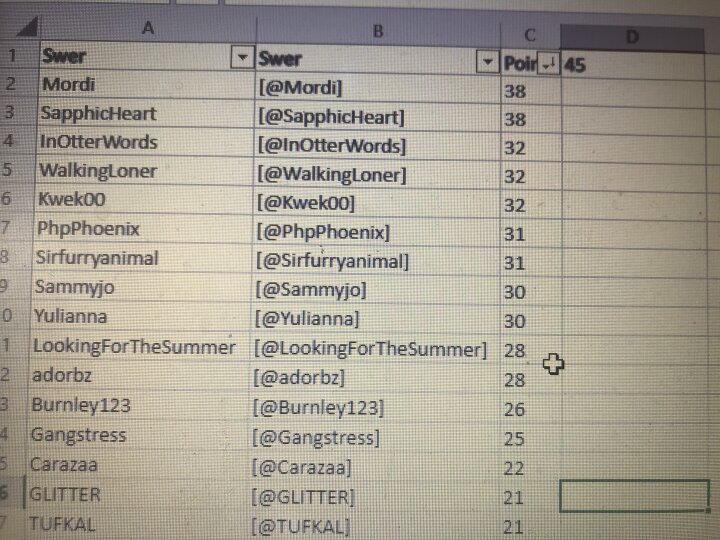 adorbz · F
[@414209,SapphicHeart] I wish we’d recorded the leaderboards after every game it’d be cool to see how people moved around
+ 1

SW User
Some ideas for the final.

SapphicHeart · F
[@676876,LookingForTheSummer]
You did say competitive, right? 😈 In all seriousness, I can play games just for the fun of it and also try act up like a less sore loser. 😂 That said, my kids have learned winning isn't something given to you, but something you earn. No fakery there.
+ 1

MilitantIrishman · 26-30, M
Finland actually came through for me. Just a pity the circumstances around it are so terrible.
+ 6

SW User
[@8731,MilitantIrishman] Things sound more promising, but I was surprised they played.
+ 3

adorbz · F
[@1125975,PhpPhoenix] we are receiving information that he has been match fixing by paying players to get the exact score he needs 👀👀👀 and naive adorbz didn’t think to make it against the rules 🤪
+ 4

SW User
That's the first round of games done, and Mordi has a healthy lead on 15 points, PsychicPsammy is staying in touch in second on 12 points, closely followed by PhPhoenix on 11 points, and a group of SWers on 10 points. All to play for going into the second round of games. 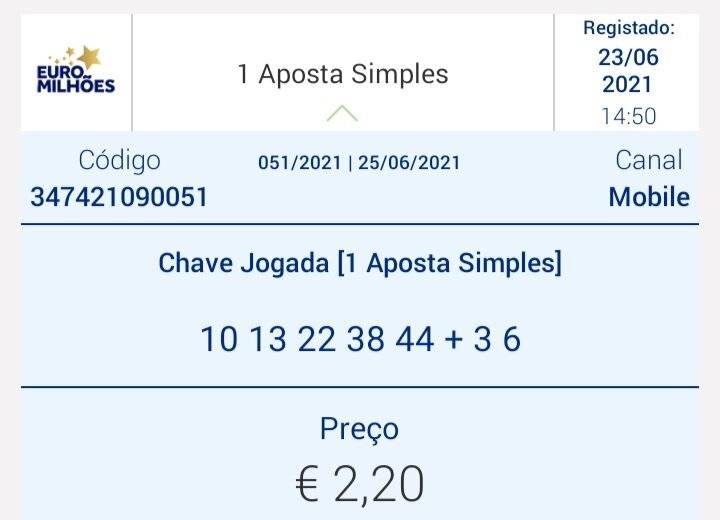 Yulianna · 22-25, F
🇺🇦🌻 this is much better... please let me know when you expect further payments.


OOOPS!!! i did not mean to write payments, i meant contributions to your favourite charity.
+ 4 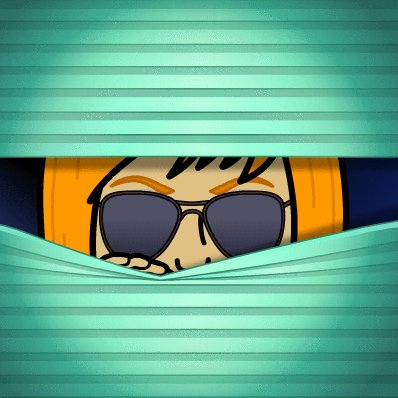 adorbz · F
[@676876,LookingForTheSummer] this gif is even better now I know the context from the episode 😆
+ 2

KiwiBird · 31-35, F
I formally request to be included on the leader board. I have been here from the get go and have made a conscious decision not to put in any entries. I remain the one constant in this competition with Zero points.

MilitantIrishman · 26-30, M
I'm being let down by some of these teams. How tf did the Dutch concede 2 to Ukraine? Didn't do my fantasy team much good either. Depay was a huge disappointment.
+ 4 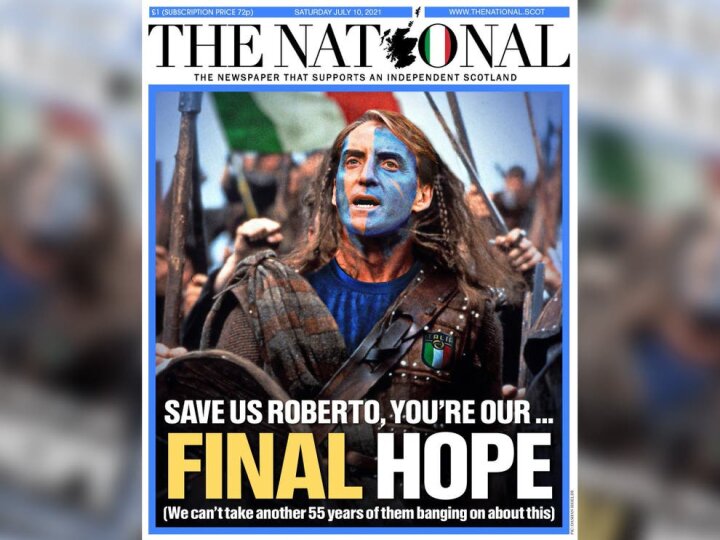 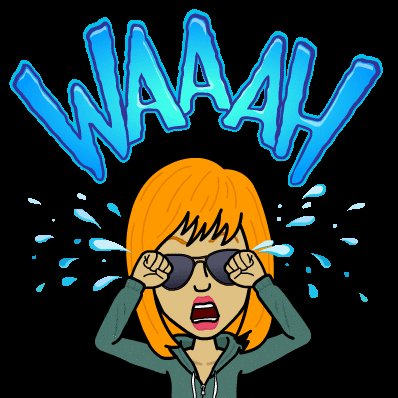 PhpPhoenix · 31-35, M
Wooo! Shared second place! I expected more from Switzerland though and I will now hate the Italians for doing more than they were supposed to do. Such egos!
+ 3

Kwek00 · 36-40, M
[@1190214,TUFKAL] You are a true old school gentleman TUFKAL, when there are equal points you list the women first. And that's kinda sweet. But maybe you should be consistent and put Carazaa on her place 😜
+ 3

(see below for real leaderboard)
+ 2

adorbz · F
[@467717,Gangstress] the leaderboard should still be correct though. There’s just a small gap in your spreadsheet column. Plenty have missed a lot more than you!
+ 1

if you lead, bet the same as the majority, if you are trying to catch up, bet the opposite.
+ 2

MilitantIrishman · 26-30, M
Ugh. I would be in the lead if I didn't bet on the Russians and Turks to score. I don't even know why I did. There's no way Russia were gonna score today 😂

Still tho, good job by Mordi and this game isn't over yet
+ 3

Apologies if there are any mistakes, I'm supposed to be working.
+ 3

Gotta do today's. I reckon the Scots are gonna win lol
+ 3