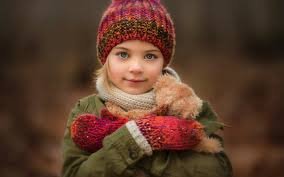 Notifications: · Newest First
Me Too
A Winter Romance

A little girl stands on a snowy hill'
and watches clouds roll by
She sees a bunny, a frog and a bird
For imagination has captured her eye

A young boy stares up the same snowy hill
His mind full of sledding and speed
He imagines the dangers of trolls and war
For his imagination, too, has been freed

The girl sees him coming, a smile fills her face
She is swinging her hair in her zest
She buries her hands in the snow at her feet
And clutches the snow to her breast

The boy meets the girl, near to the top
She closes one eye in a wink
He blushes and thinks of sweet things to say
She hatches her plan in a blink

Head over heels they tumbles away
moving faster the pair fairly flew
Boots, hats and gloves were thrown free
Then coats were ripped from the two

When they slid to a stop, the pair lay in shock
Then she giggled and he laughed aloud
She climbed to her feet, saw he'd ripped off her dress
In her panties and socks she stood proud

The next day at school they passed in the hall
This time is was he who would wink
She giggled and as a blush filled her face
He whispered, "Your face, like your panties, is pink."