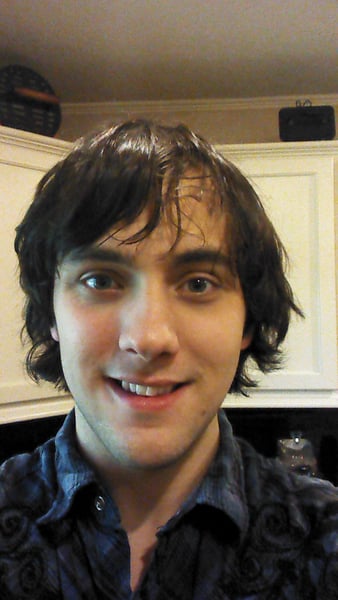 I Have Lots Of Goals In Life

Notifications: · Newest First
Me Too
I have many many goals in life, I couldn't actually name them all. But as far as the goals in life I have down so far, many of them are in many of the previous stories I written and posted so far.

One is take martial arts myself. Another is to one day become a private detective and start up on my own private investigations company and call it "The Harris Investigations Agency." Another is to use the profession as a private detective as a way of being in public service and in bettering myself and so on and whatnot. Another is to have a loving marriage and wife and kids and all and give them all the betterment in life I had not gotten to obtain in life. Another is to one day reinstitute the legacy and tradition of military and public service in the later generations after me in this bloodline, since my grandfathers, my Uncles Richard and Gerald, and my great-uncles, and even many many many of those and beyond in the previous generations in this bloodline who were in the military and public service. In doing that, especially for my later generations after me, I would tell them in that this: "This is your legacy. These are your people, and you are one of them." Martial arts, the scouts, the Constitution, the 2nd Amendment, and all these other traditions of America, and of America's allies, and of Israel and of all our world. All this legacy greatness and betterment I want to plan ahead for my children and grandchildren and beyond in this bloodline and promise them that betterment.

My paternal grandfather was in the Air Force and earned a Purple Heart for his actions in WWII. My maternal grandfather was a staff sergeant in the Army stationed in Korea near the 38th Parallel. My Uncle Richard was in the Army. My Uncle Gerald was in the Air Force. My great-uncles (my paternal grandfather's brothers) were all in the Air Force and the Army. It's for sure that either or both of my great-grandfather's were in the military, too. But many many many many many many many many of my ancestors were in the military and public service and were uptight and Conservative. Especially my fifth generation grandfather, Charles Cronea, who was a privateer on a ship who then enlisted in the Army and fought in the San Jacinto battle alongside General Sam Houston for Texas, and then later ahead in the Spanish-American War for Texas and America. He even has a monument that tells of such. He was a real hero then. Again, I will tell my children and grandchildren all this about their ancestors who were in the military and how they themselves can better themselves in such, and how somewhere along the line in later generations of this bloodline that the legacy and tradition of military and public service will have to continue and get carried out. And again, I want to see something better in the later generations such as what my ancestors carried out, which is better than me, and most importantly, much better than [i]especially[/i] my old man and my sister and my oldest brother.

In all this, I could and can see the headlines for myself: "The Man Who Planned Ahead and Promised His Descendants The Betterment In Life." I hope to have that headline on my gravestone or something like that. At any given measure, even a tiny measure, my mother would be proud that I will have done something for the betterment of my descendants after me in this bloodline. Even my grandfathers, uncles, great-uncles, and even my ancestors would be proud of me doing this for my descendants after me in this bloodline. Especially even my ancestor who wrote the National Anthem, Francis Scott Key.

Any negativity; blocked and removed.

Add a Story Updated: 1 yr ago
Content Rating: Non-Adult Group Members Report Group
Similar Worlds © 2020
Help/FAQ Privacy/Terms
I have many many goals in life, I couldn't ac... | I Have Lots Of Goals In Life | Similar Worlds