Home Groups People
They get really triggered when you say anime is for children, but guess wha... | I Hate Anime | Similar Worlds
I Hate Anime
Follow
No Notifications
Only logged in members can reply and interact with the post.
Join Similar Worlds today »

They get really triggered when you say anime is for children, but guess what? Its not for adults ether

Its for simple hormony teenager.

1.When was the last time you saw an anime with a grown up main character?
Yes there are a few but the key word is FEW and the rest of the 99.9999% of animes out there have a teenager main character.
And characters don't need to be teenagers you can add ten years to their age and wouldn't effect the story a single bit, of course there are very few exceptions but again just FEW.

2.most of the time there is a big tiddy idiotic bimbo and usually she have a crush on the main character, she is completely useless the only reason of her existence is so can have something to jack off to.

3.usually the characters are poorly written and the lack depth and development and you just simply can't relate to them, because anime is a repetitive low effort cash grab, of course there are very few exceptions but again just FEW. 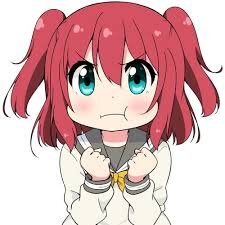