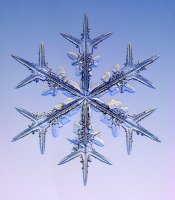 Follow
Notifications: · Newest First
so, mrs Clinton is running for president. What will be the main issue?
Do you think her being a woman will be an issue, being a democrat will be the main issue, or being married to Bill being the big issue? Should she have divorced him? Is he an asset or a liability? Would a woman president be more acceptable to certain parts of the US than a black man? If Rand Paul was the Republican candidate I think they might win but I don't think that there are any other acceptable choices out there for the republican's. Every candidate you read about is damaged goods. Bullies, extremists, nuts, adultery, one Percenter's, ...take your pick. Game of Thrones meets Falcon Crest.

Avalon20
Her being a deceitful, arrogant, self-serving, ''entitled'' bitch will be the issue. She isnt even elected and already has several scandals ongoing.
0 · Reply · Apr 12, 2015 | ·

bhaktagerald
everything will be talked about,, political views. her political policies. she is already being called the next Obama, so that is saying that she is a puppet. everything is going to be the main issue with her. everything.
0 · Reply · Apr 12, 2015 | ·

picklebobble
She's in with a good shout at winning. She's known throughout the world. Many a world leader has met her already, she doesn't like isolationist politics which the republicans do! The only area of foreign policy that she might have trouble with, is, ironically, the middle east. Because the middle east in general is anti women. whichever side you are! Jewish or Islamic!
But that in itself might work out to the benefit of the west!
Why? Because for the first time EVER America MIGHT be seen as a relatively neutral player!
Not ridiculously anti Islam or pro-Judaism as has been the case for the last sixty years!
I should think the republicans have their work cut out!
0 · Reply · Apr 12, 2015 | ·

Moca2014
Add a dash of Empire. Well, the issue(s) no doubt will be her continuing the "wrath on the country" and "continuing the downwardly spiraling legacy" of her Anti Christ predecessor PBO of course - don't you EPers have any imagination....Jeez!!! Oh and don't forget the secret server incident, "Ben..jeeze," don't forget Monica Lewinsky will somehow have another outfit with DNA on it deeply frozen in her home ice box - this time from Hillary herself- as a "just in case she ever decided to run for president" insurance policy and a borage of why Hillary really didn't want to stay home and bake cookies questions during Bill's reign., , oops almost forgot how she was the absolute worst at foreign affairs in the history of EVER.
0 · Reply · Apr 12, 2015 | ·
1-6 of 6
Write a comment...
669 people following
Archived Questions Personal Stories, Advice, and Support