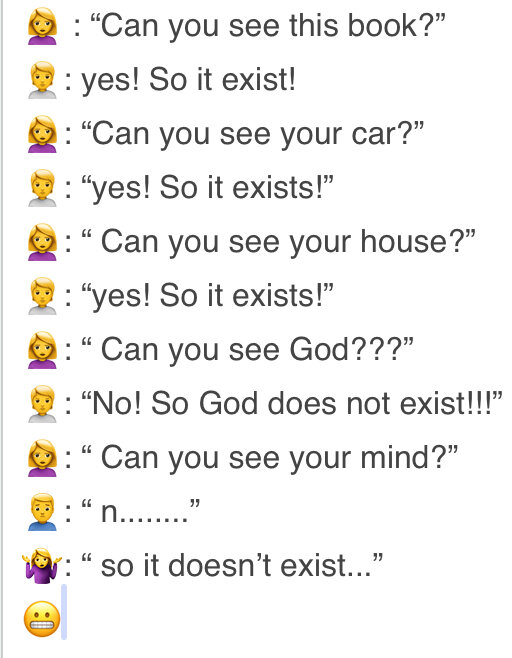 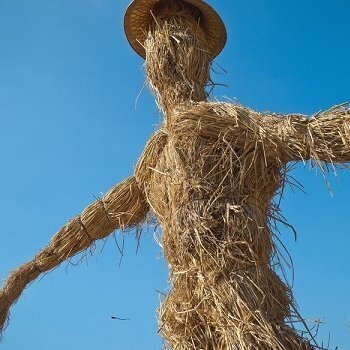 can you see this strawman?
+ 2

xichuwangwai · M
[@889684,Carazaa] It's very important to understand the conversation between A and B, and to understand why I wrote that. Because it all started from there. Instead of being busy defending her, if you'd just take a little time to think, you'd know what it means, it's not that difficult after all.
Anyways, let's skip to Step 2: She didn't understand it and the misunderstanding rushed her into sort of a Defending-Jesus mode. She used words like "you yourself" etc. to make it sound personal. And she accused me of "just because you yourself have not seen something you automatically assumed that it does not exist" like I had said something to deserve it. And then funny enough, she used the light example, the sort of things I had known decades ago, as if talking to a stupid person. I mean come on, I have been misunderstood my entire life just because I'm extremely smart. I gotta tell you, being misunderstood is not a very good feeling.

I thought all Jesus believers were supposed to be nice or empathetic or something. Well, UNFORTUNATELY...

Carazaa · F
[@980679,xichuwangwai]
Ok, I am saying it is possible she did not mean you personally but (all you who have no faith out there) And she seems nice and very patient to me.

Your Jesus told you to be good people but, are you?