Wrong number, who dis? People have some major anger issues out there 😳😂 ... | Miscellaneous | Similar Worlds
Miscellaneous
Follow
Random
No Notifications
Only logged in members can reply and interact with the post.
Join Similar Worlds today » 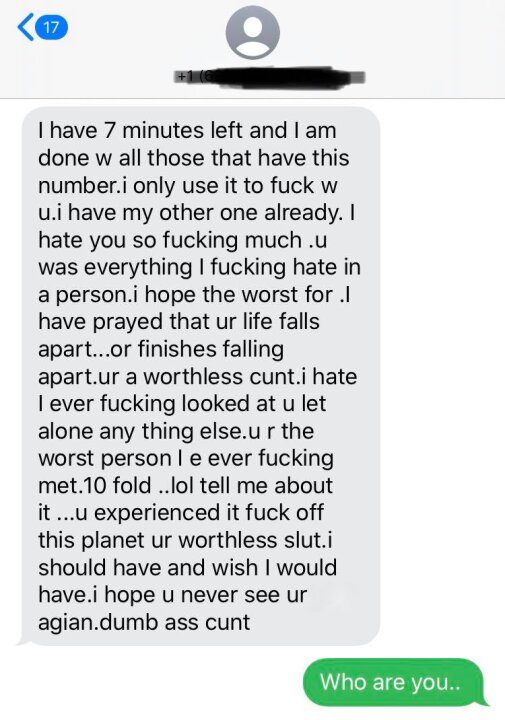 People have some major anger issues out there 😳😂

I told him he had the wrong number, but he didn't believe me 😂

What wrong texts have y'all gotten?

SinlessOnslaught · M
Makes me wonder what whoever did to them...
+ 2

Bubbles · 31-35, F
Wow that is a horrible text, I feel sorry for whoever this person is trying to text. I have never gotten anything like that
+ 3

mysteryespresso ·
you sure it's not someone you blocked on sw?
+ 1

WindTherapy · 51-55, M
Lots of anger in that message. I had a wrong number a couple years back. I'm not sure if the poor dude ever got laid or not.... 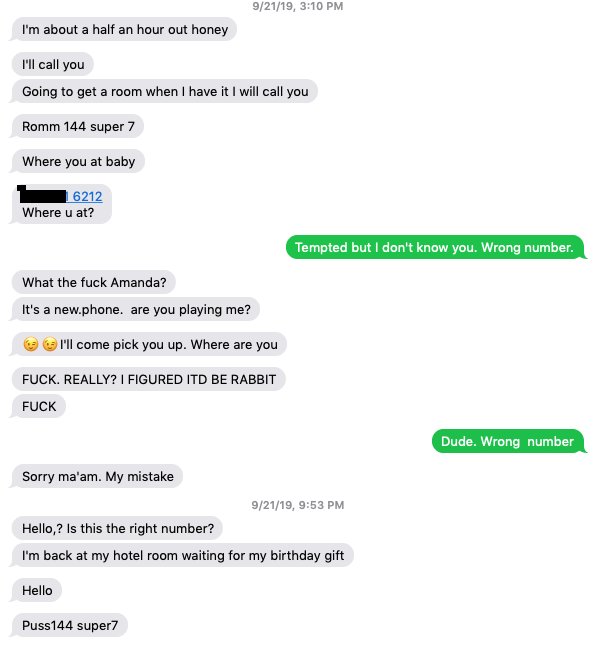 DarkHeaven ·
I just send crazy stuff to my girlfriend. lol