Said it once, I'll say it again Having pride in who you are should n... | Miscellaneous | Similar Worlds
Miscellaneous
Follow
Random
No Notifications
Only logged in members can reply and interact with the post.
Join Similar Worlds today »

Said it once, I'll say it again 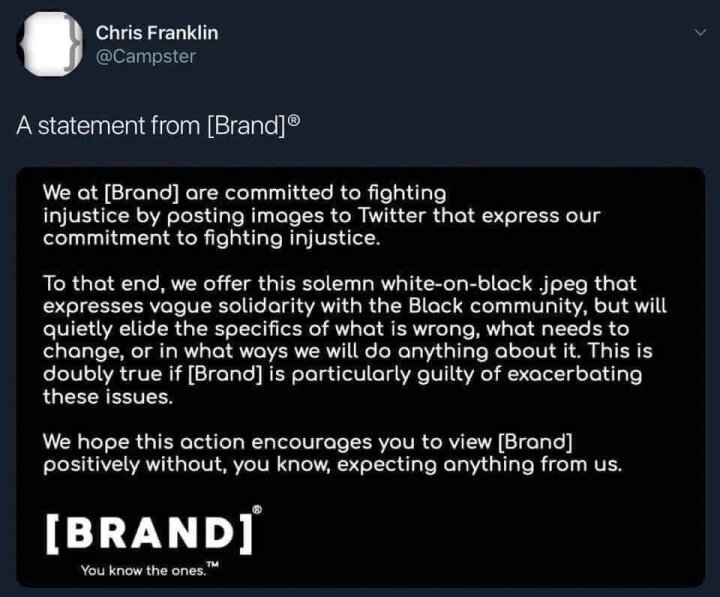 Having pride in who you are should not be dictated by whether or not you buy a flag, nor does a company producing cheap flags in a sweatshop indicate that the company cares and is "woke"

BeastK · 41-45, M
It's all a way to cash in and pander. Anything for a buck with little action shown or done to truly support those they are cashing in on. It's an image show.
+ 1

SumKindaMunster · 51-55, M
"Pride" month is just another marketing term for corporate America. They are salivating at the prospect of selling DINKs all sorts of bullshit, to ostensibly express their pride in being who they are.

Corporate America only cares about the money, they don't give a shit otherwise.
+ 3

Grateful4you · 61-69, M
[@622788,SumKindaMunster] As a gay man, I remain grateful we are no longer categorized in the psychiatric DMSV as mentally insane as we were. I'm grateful to be able to get married and all the rest. However, I take exception to all the gay pride parades that will be taking place. I'm neither "Proud or ashamed" of my sexuality. Contrary to some popular belief, I did not consciously choose as a child to be bullied so I could be gay. How absurd. I'm embarrassed by men prancing around in jock straps wearing make up in full view of young children. Or men dressed as nuns in garish makeup. I'm an atheist but think it's horribly hateful to publicly mock the church, especially after so many decades of being mocked ourselves. How hypocritical. Sorry fellow gay men, guess I'm just an old grumpy fart, just don't forget, I was one of those who fought and lobbied for those right you are now enjoying. Thank you.
+ 1

SumKindaMunster · 51-55, M
[@881002,Grateful4you] Thanks for your comment. I am glad things are better for you, and things have improved in your lifetime.

I have no issues with gays, my comment is about (to me) the obvious and obnoxious pandering that goes along with "pride month".

Did any of these companies support you before gay marriage was legal?

I don't know, but I feel pretty strongly in guessing the answer is no.
+ 1

Grateful4you · 61-69, M
[@622788,SumKindaMunster] Interesting I didn't think of this since I'm a former marketer. (Medical) I don't recall many major manufacturers. Most I'm aware of are the private donors some the public knows, most remain quiet. Of course major corporations are going to exploit every opportunity. I just hope they use American resources rather than "Making America Great in China"
+ 1

Grateful4you · 61-69, M
I don't wave a flag, neither for gay pride, pride for the USA or that my name is David. I don't do borders or walls or loyalty to countries. I have no pride in my race or the fact I have two legs as opposed to four.

I am a member of a blue-green pearl called Earth, suspended in a myriad of universes and other planets. If my life has meaning or significance it's only because now and then I express love to anyone or anything who seems to need or desires. I do what I can to express and spread happiness. Beyond that, I am insignificant. In time, I won't matter. Just find ways to love and be happy.
+ 2

Budwick · 70-79, M
I am a white, conservative, a gun owner, I believe in God, voted for Trump and don't do Twatter or Facebook.

Anyone that would two $hits about this Brand announcement, including Brand has no interest in my opinion.