Home Groups People
I knew The Onion before it was a web page. The satire newspaper, The Onion,... | Miscellaneous | Similar Worlds
Miscellaneous
Follow
No Notifications
Only logged in members can reply and interact with the post.
Join Similar Worlds today »

I knew The Onion before it was a web page.

The satire newspaper, The Onion, started in Madison, Wisconsin in 1988. My friend and I would go down to the Madison campus to play at the arcade as high schoolers around the same time. Each time I would make sure to grab an Onion from the kiosk.

It was clearly liberal. It poked a lot of fun at Reagan. It had poor taste jokes (like putting Christopher Reeves at the top of the Washington Monument). 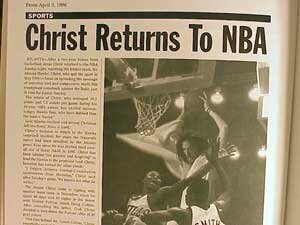 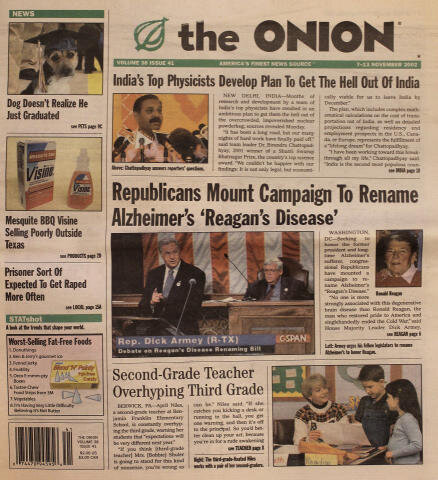 It taught me a lot about college life before I got to college. I was nerdy enough to get a subscription to The Onion newspaper (from my mom) when I went off to a different college.

Anyway... thinking about it was a blast from the past.

I think the recent years have been tough for The Onion. How do you satire a living joke?

It was recently announced in the news that Joe Biden will start receiving the President Trump’s Daily briefings. The Onion found a copy and posted it: 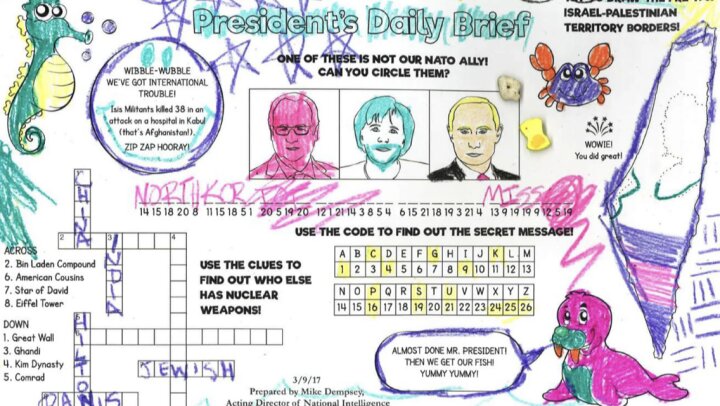 SooperSarah
It was all over the place at msoe too
+ 1

summersong · F
Yes!!! I used to buy it whenever I visited Chicago.
+ 1

summersong · F
[@337992,Kindheartedguy] maybe it was free and I’m misremembering. That was many lost brain cells ago 😂
+ 1

I remember the AV section and I would debate if I should buy the mentioned artist. Music was such an investment back then. You would have to buy the whole CD just to see if you liked the artist.
+ 1

summersong · F
[@337992,Kindheartedguy] yeah I relied heavily on recommendations from friends. I kind of miss those days though, it felt like more of an adventure finding new music.
+ 1

hunkalove · 61-69, M
I once posted a fake news story on imdb.com that The Onion was shutting down because newly-elected President Obama wasn't stupid and funny like dubya. A lot of people believed me even though the two employees I quoted were named Ben Dover and Phil McCracken.
+ 2