If you're a professor who challenges the identity politics of the far left and far right, the leftist media call you "alt right intellectual"

Btw I never read 12 rules. I had to listen to it on audible. It is [b]not[/b] a self help book. It remains primarily a psychology book which offers proposals in prioritising and productivity. Based off of his years of clinical work with patients.

It is a heavy read. Not one for "cowardly, white boys."

Therefore I feel that my having scrutinised his work over various mediums rather that just lapping up yt videos, would be a positive in my favour? 🤔

Follower? Pfft! I'll let that one go seeing as you don't know me. 😉

Again, while I admire and agree with some of his work. I am not inclined to just accept any and all works 'just because.' No I didn't know about the lecture. Thank you for pointing it out. But. It is not evidence enough to prove your point. The guy is a clinical psychologist. Discussing topics and playing devils advocate comes with the territory.
+ 0 · Reply · May 7, 2019

cunningcrocodile · 26-30, F
[@580625,QuixoticSoul] The existence of gravity does not depend on the subjective views of the person experiencing it, they will be effected by it regardless as you say. In contrast to someone being retarded depending entirely on whether they agree with you or not. Thanks for proving my point.
+ 0 · Reply · May 7, 2019
Edited: 1 yr ago

QuixoticSoul · 36-40, M
[@565076,cunningcrocodile] Who said anything about agreeing with anyone? That’s not the criteria. I don’t agree with Hitler, Mao, or Memerson either - but they’re not retarded.

Sicarium · 41-45, M
Yeah, but the media will call anyone to the right of Stalin alt-right something.
+ 1

cunningcrocodile · 26-30, F
[@33564,Sicarium] And then when it starts to look stupid, as they push the centre to the left more and more, turning even more reasonable people to the right of them, they change the label to "troll" because that can refer to anything they like.
+ 1 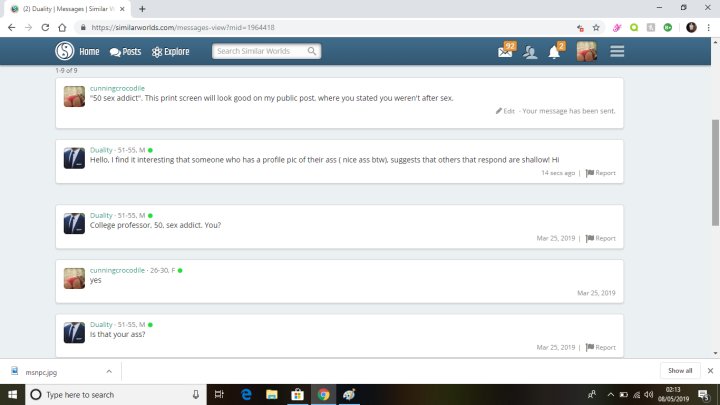