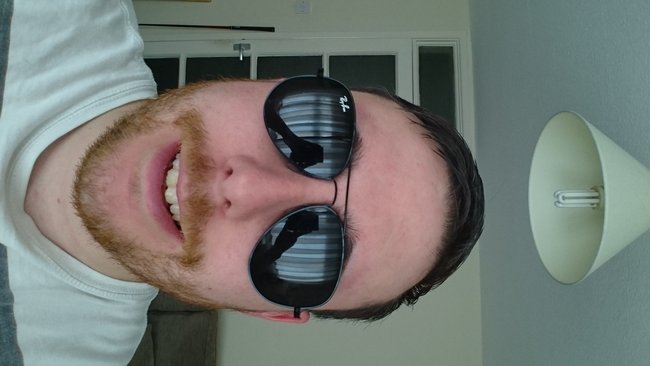 Notifications: · Newest First
Subscribe
What was the crappiest car you ever owned?
And be honest, do you miss it?

Tatsumi · 26-30, M
Crappiest car I've ever owned was a 2005 Honda Accord. Wasn't that bad, but it didn't hold up very well to delivery driving. To be fair, I beat the car up like a mother fucker with a bunch of residential stops and such.

ArishMell · 61-69, M
Probably a Sharps Commercials 'Bond Minicar', which I could drive on a motorcycle licence as it was a light-weight 3-wheeler, with the single, driven wheel at the front.

Not to be confused with the better-known 'Bond Bug' - designed more as a fun or perhaps city commuting car than serious motoring - it had a 200cc Villiers 2-stroke motorcyle engine mounted on a column holding the front wheel. A link arrangement allowed the gears to be selected by column-change, but as a motorbike has no reverse gear,(unless it's a Cossack) Sharps came up with an ingenious solution.

The crankshaft was fitted with a motor/dynamo functioning as starter-motor with the key in a certain position, then with the key in the running position, as the dynamo. This enabled the engine itself to be started in reverse, using a secondary contact-breaker. As a emergency starter, the original kick-start was retained, but using that meant you had to open the bonnet, climb over the wing and stand in the engine compartment!

Steering was rather odd, and un-nerving at first due to its very direct response and curious geometry. It used a worm-and-quadrant on the head of the column holding the central engine/suspension assembly; rather like that on some early road-rollers. This placed the steering-wheel in a vertical plane with its own column at an angle to the car's axis, tending to make you sit in a slightly turned position. The horizontal steering-column passed through the dashboard and scuttle, which formed a box-section to hold the horizontal petrol tank feeding the carburettor by gravity alone.

Chassis: steel pressings; in semi-frame rather than pan form, as I recall. Body panels: some aluminium-alloy, some fibreglass; so not prone to serious corrosion.

Actually I had two of these beasts, the second one a heady 250cc machine; one in normal car trim the other a van; the difference being the former had a rear bench-seat and side windows. You could lift the seat out very easily, for maximum load area, but I doubt the car could carry much weight.

The end came when the crankshaft on the second broke at the taper holding the heavy, overhung Siba 'Dynastart' rotor, as the motor/dynamo was named, and although I obtained new parts, I decided it not worth repairing. I scrapped the Bond and sold the unused parts on.


If any of these quirky three-wheelers, which were a bit bigger than the better-known Reliants, still exist, you are likely to see them in restored condition at vintage-vehicle rallies!

So "crappiest? No, I would not be that unkind.

My examples were second-hand and fairly old, but in their day they probably fulfilled a need for low-cost, no-frills, simple transport not needing a full car licence; and if kept in good condition were probably no better or worse than many others of the "entry-level" cars of the time.
0 · Reply · Jul 3, 2017 | ·
1-9 of 9
Write a comment...
20143 people say
Community Personal Stories, Advice, and Support