Another long time friend blocked Some folks never learn ... it was far mo... | Community | Similar Worlds
Community
Follow
Sad
No Notifications
Only logged in members can reply and interact with the post.
Join Similar Worlds today »

... it was far more important to make an "in my face" Trump insult ... than to want to keep me as a friend

Clear where I ranked 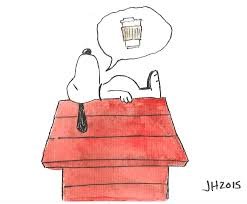 They simply prefer not to have me as a friend
+ 1

RogueLoner · 61-69, M
Too bad there isn't a "Trumpobotomy" procedure where a surgeon can just remove Trump from their brain and they can be nice people again instead of vicious haters.

checkoutanytime · 41-45, M
B4 u do block me, do not forget Ron Reagan did warn U.S. of the coming "star" "wars", b4 the centralinfoagencie used a handicapped to shoot him in broad day light 20 years gone from J.F.K.
+ 1

questionWeaver
[@113373,TexChik] I have no issue with how they vote ... or even with their positions on issues


It is when they have to lose their sense of calm ... for the benefit of insulting

They can not skip it for a second ... and do not care who else they are insulting
+ 4

undetermined
lol have had that happened to me on fb because im very much anti liberal on there because i think a lot of what they believe in is dangerous and insane.
+ 2

MoonlightLullaby
It's happened to so many of us, unfortunately, no matter the [b]tolerance[/b] we ironically have & they don't. Never a friend worth keeping on that account...
+ 1

Poplala · 31-35, F
This is so relatable unfortunately. Trump derangement syndrome is real. Sorry to hear another is lost to it.
+ 1