Home Groups People
This is the Ganges shark which are one of the few river sharks which never ... | Community | Similar Worlds
Community
Follow
Random
No Notifications
Only logged in members can reply and interact with the post.
Join Similar Worlds today »

This is the Ganges shark which are one of the few river sharks which never go to saltwater. 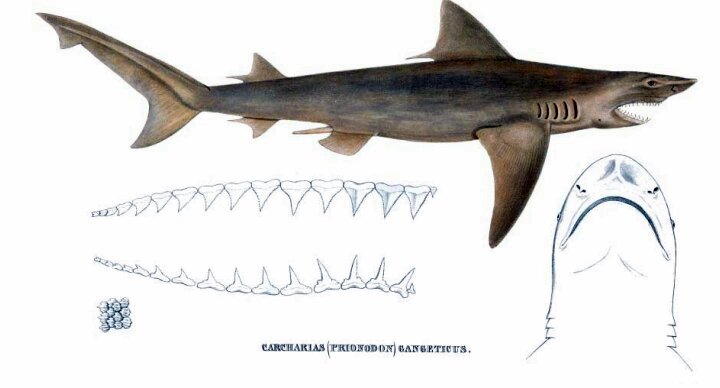 Oldest First | Newest First | Top
This message was deleted by its author.

Bradrick123 · 18-21, M
[@329500,uncalled4] Yeah I know. Sadly these Ganges sharks have bad reputation as maneaters as many shark attacks occur in Ganges. But the main culprits are actually Bull sharks.
+ 1

cherokeepatti · 61-69, F
Do they eat the half burned bodies floating in the Ganges or do they let the Aghoris have them all to themselves?
+ 0 · Reply · 3 days ago3 d
View 1 more replies »

cherokeepatti · 61-69, F
[@1204421,Bradrick123] There was a TV show here one summer where a scientist went all over the world to tell about parasites and he would expose himself to different things. He went to the Ganges and drank the water & they took samples of the water to show what was in it. He had to go back the USA and get treated for whatever infection he got. I think he wisened up and decided to end that show because I never saw it again after that summer.
+ 0 · Reply · 3 days ago3 d
21643 people following
Community Personal Stories, Advice, and Support