How could something so beautiful, go so wrong?

Many people are surprised to find out that Lucifer was first, one of the most honored of all angels, (found in Ezekiel chapter 28 verse 14.) Satan was originally called Lucifer, (Isaiah 14 verse 12.) But his name changed to Satan, later on, as we see in Job and Matthew, chapter 4 verse 10. The majority of Bible verses that talk about Satan before his fall as a glorious angel, are found in Ezekiel, chapter 28. Ezekiel chapter 28 verses 12 to 13, describe how beautiful Satan was, and how God created in him wisdom and beauty, and gave him special capabilities in music and voice.

The question is, how could something SO beautiful, go so wrong? The answer is pride. "Your heart was lifted up, because of your beauty; you corrupted your wisdom for the sake of your splendor." Ezekiel 28:17

I'd like to share with you, that God did not create evil. That is not in His character nor heart. When God created the angels in heaven, He also gave them free will...the knowledge of right from wrong. Also, there was no evil in heaven. So God did not [i]create[/i] an [u]evil[/u] angel. God's Word says, rather, that evil was FOUND in Satan's [b]heart[/b]. That means that Satan's thoughts were evil. He had gotten jealous of God and full of pride. He had been the most beautiful angel in heaven! He got puffed up with pride AND power, thinking he could take over the whole kingdom of God.

Satan started to think too highly of himself because of all his gifts and then started to crave the honor that was bestowed on God, for himself. For you have said in your heart, "I will ascend into heaven, I will exalt my throne above the stars of God... I will ascend above the heights of the clouds, I will [u]be like the Most High[/u]!!" So God did not create evil. Evil was in Lucifer's heart and mind. He wanted the honor that should only go to the Creator. He wanted it so badly, that he was even willing to fight against God for it. Revelation 12:7-9 reveals the fact that there was an actual war in heaven:

"… Michael and his angels fought with the dragon; and the dragon and his angels fought, but they did not prevail, nor was a place found for them in heaven any longer. So the great dragon was cast out, that serpent of old, called the Devil and Satan, [b][c=#BF0000]who deceives the whole world[/c][/b]; he was cast to the earth, and his angels were cast out with him.”
[center][b]
Why did God create the devil?
[/b][/center]
As I mentioned, God created a beautiful angel named Lucifer (see Isaiah 14, Ezekiel 28). Lucifer, in turn, made a devil out of himself. Lucifer’s self-pride caused him to rebel against God and to challenge Him for supremacy...to take over the Kingdom of God. He created a war in heaven, and was thrown out of heaven (sin cannot be allowed in heaven, or it wouldn't be heaven) and came to this earth, where he tempted Adam and Eve to sin. When they did so, by choice, they opened a floodgate of evil upon the world.
[center][b]
Why does God not kill the devil?[/b][/center]
Some have wondered, “Why doesn’t God stop the devil? If it is not God’s will for people to die, why does He allow it to happen? Have things gone beyond God’s control?”

God could have destroyed Satan when he rebelled in heaven. God could have destroyed Adam and Eve when they sinned—and started over. However, if He had done this, He would not have been ruling from the standpoint of love, and God is love personified. Without freedom to choose, there would be no such thing as real love. We would simply be unfeeling robots. God chose to preserve our freedom of choice, out of love for us. He chose to allow Satan and sin to run their course. Why? Because that would allow us, and the universe, to see where sin would lead. He would let us see the reasons for making the choice to serve Him in love. God is, and always has been, for you...not against you.

Jeremiah 29:11 - "For I know the plans I have for you, declares the Lord, plans to prosper you and not to harm you, plans to give you hope and a future."

[center][b]Why is it so often the poor, the elderly, and the children who suffer the most?
[/b][/center]
Is it fair for the innocent to suffer? No, it’s not fair. The point is that SIN is not fair. GOD is fair, but sin is not fair. That is the NATURE of sin. When Adam sinned, he gave himself and the human race into the hands of a destroyer, Satan. Destruction is a consequence of man’s choice, not God's. God does not want it to happen. He did not want Adam and Eve to sin. But he allowed it, because that was the only way human beings could have the gift of freedom of choice. Of knowing right from wrong. If you love someone, the best way to see if they really love you, is to give them the choice of freedom. If they come to you freely, because of the love in their heart for you, you'll know they really love you, and didn't come to you because they were forced. God didn't want robots, with no feelings.

[center][b]Don't Blame the Wrong Person[/b][/center]
We can be grateful to God. Adam and Eve forfeited ownership of this world over to Satan, through disobedience to God (which is what sin is, disobedience to God, and therefore separates us from fellowship with God forever by our own choice). Without the love of God towards us, every one of us would have been destined for Hell, and lost forever. Why? Because only a holy, pure, sinless sacrifice would do, to cover our sins. That's why we could never save ourselves and had to depend on God's son, Jesus, to provide a way for us to have eternal life in heaven. 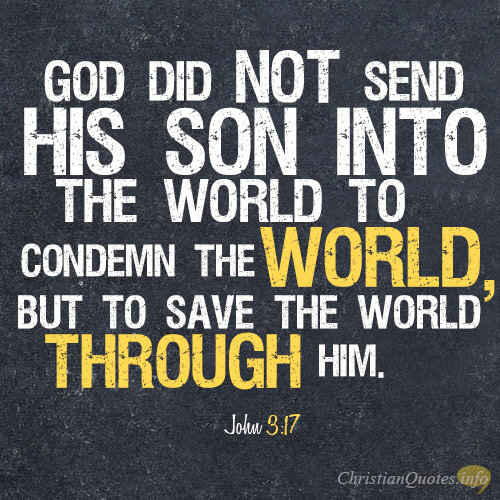 [center][b][c=#BF0000]Hebrews 9:22 - "Without the shedding of blood is no remission of sins."
[/c][/b][/center]
Jesus didn't just SAY he loves us...He PROVED it. He shed His precious blood to pay for your sins...for the sins of the world. That whoever shall believe on Him, shall never perish, but have everlasting life. John 3:16. He didn't have to do that... but He did. He volunteered to suffer and die for your sins and mine, so you and all those you love, could have the promise of eternal life in heaven. Without God, all our friends and relatives would perish forever. That's how great His love is for you and me...that He would die for us, so we might live forever in heaven. John 15:13 - "Greater love hath no man than this, that a man lay down his life for his friends."

Mguinm · 51-55, F
Lucifer meaning light bearer. I often think of this he was the most beautiful angel above all other angels and he wasn't satisfied. He became greedy and it's a shame really he was given so much by God. It baffles my mind.
+ 1