Remove Ads Get VIP
Home Groups People
Bidens admin weaseling out of every campaign promise he made is a lesson in... | Politics | Replies | Similar Worlds
Politics
Follow
Random
No Notifications 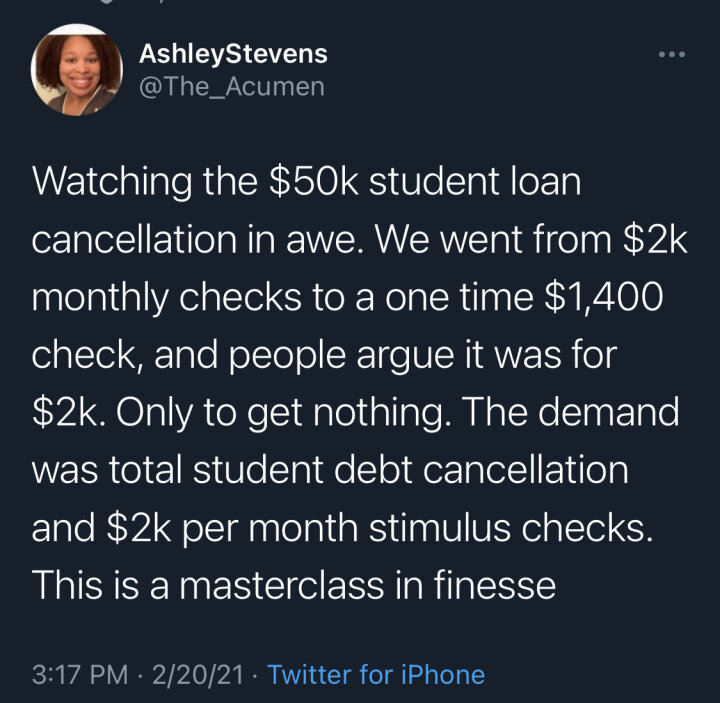 everrrrrr. I still think Biden’s better than trump by a mile but that doesn’t mean I’m not going to hate him for basically lying

This page is a permanent link to the reply below and its nested replies. See all post replies »
Oldest First | Newest First

bunny61
[@960372,NoahB] Obama could have been the best president we ever had, but stupid people kept him from doing his job.
+ 3

TakingBackMidgaard · 26-30, M
[@8568,Docdon23] the guy literally said he won’t be doing things such as loan forgiveness or raising the minimum I’m wage. Only 1 month in his presidency.

These were his campaign promises.
+ 2