Home Groups People
Why would the Republican let Trump leave the Open Skies Treaty Why would Re... | Politics | Similar Worlds
Politics
Follow
No Notifications
Only logged in members can reply and interact with the post.
Join Similar Worlds today »

Why would the Republican let Trump leave the Open Skies Treaty

Why would Republicans let Trump leave the treaty that protects allied countries and then destroy surveillance planes so Biden can't use them????

..and keep in mind theres a lot of parties earning massive amounts of money on instability and adversity.

divide and conquer does not refer to proper planning of big workloads into bite size chunks. it literally is about destabilizing societies and disintegrate unities. lot of mega corporations have long term plannings that stretch for decades, and have no interest in firm leadership opposing their benefits.

its not a deep state; its The Invisible Hand from Adam Smith combined with Hyper Capitalism from Milton Friedman, combined with strategies from Julius Caesar, Niccolo Machiavelli, and Sun Tzu
+ 1

Jwalker
[@1056803,Iwasheretoo] Wiyh all the fraud and money laundering charges he won't be able to own businesses so he'll get by putting someone in place who is LOYAL. 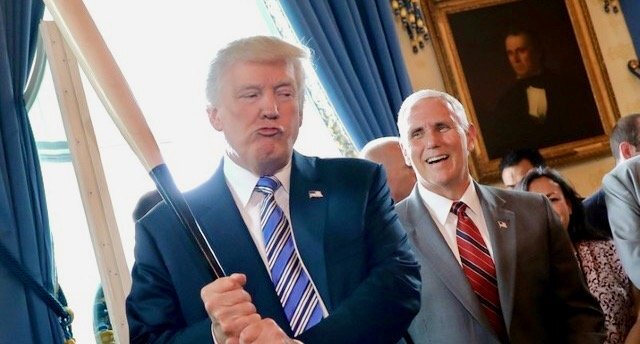 Picklebobble2 · 56-60, M
Yeah Presidential power seriously needs looking at.
Things that can and are done by a President clearly need better scrutiny. And censorship
+ 1

BackyardShaman · 61-69, M
Seriously I wonder how Linsey Graham and Mitch McConmanl can stand by and let our country fall into extreme danger.
+ 0 · Reply · Nov 25, 2020

Northwest · M
This is a Trump issue. Don't know why, but it's likely a pet peeve of one of the radio hosts who helped him win the White House.

He claims Russians violate some of the terms, by restricting flights over certain areas, when it's supposed to be open. We, however, also restrict them from flying over certain areas. He also claims it's not needed, because we have more accurate satellite technology. The latter may be true, but planes are more flexible.

I don't see this as a huge issue, but it's just another example acting randomly, with no sound analysis behind his actions.
+ 0 · Reply · Nov 25, 2020