Must be worth risking a major crash?

Who wants to be annoyed for ten whole seconds because they had to move for the red car who may not be paying attention as they merge on the highway?

Elessar · 26-30, M
I don't know how it works elsewhere, but here blue has the right of way and red MUST stop.

If s/he doesn't, and even if the crash is avoided, blue will with almost-certain probability make sure red won't make the same mistake twice.

LordShadowfire · 46-50, M
It all depends on whether the person in the on-ramp is paying attention, to be perfectly honest. If I'm already moving faster than they are, and they just start to merge without looking, I'm not going to necessarily speed up and crash into them, but they get to hear what my car horn sounds like.
+ 1

SilkenMist · 46-50, F
@LordShadowfire I was always told "Drive defensively" which means assume others are not paying attention.
+ 1

Coralmist · 36-40, F
I believe red needs to wait until clear, so they even need to slow down to enter a highway...there is a Yield on reds side where i live, entering a highway. So I believe its red that needs to wait according to law...
+ 1

The person merging. Must maintain the speed of traffic to safely Merge with it.
Be aware that the merging vehicle is entering an established flow of traffic meaning they must adapt.

Yes the freeway has right of way and all operators must be competent enough to understand how this works. Moving over to let someone in means the person merging is not competent enough to operate the vehicle accordingly and is forcing others to avoid collision and potentially putting many others at risk.

Tragically there’s a very tiny number of ppl who actually fall in that category of competent operators.
+ 0 · Reply · Jan 24, 2023
Translate

twiigss · M
Most on ramps have what is called a YIELD sign. What that means is, slow down and proceed if able to do so safely.

Here it would mean, slow down or speed up and if it is clear, proceed into traffic if able to do so safely.

But in reality people ignore YIELD signs and just do what they want.... until they see a cop, then they magically follow all traffic laws.

So the blue car is in the right. But.... people feel the blue car should move over, even though there's nothing that says officially the blue car has to move over.
+ 0 · Reply · Jan 24, 2023
Translate

To avoid causing a worse situation, accident, or casualties, I usually give way to the cars and drivers who are in a critical situation and who are driving faster to get out of that situation …..

Icedsky · 46-50, M
Here in the land of slow mergers with only 100 feet to merge and the average speed of 70mph on the freeways. You have to drive defensively and always be ready to dodge the random incoming traffic that pops out doing 35 mph. The only reason I'll be in the outside lane is to exit so I'll adjust my speed to allow incoming traffic to merge safely.
+ 0 · Reply · Jan 24, 2023
Translate

SlaveEt · 31-35, F
@SilkenMist The correct answer to the question is the blue car. The smart answer is yours. I prefer to avoid exchanging paint or worse also, lol. Many drivers are not worth trusting one's life to.
+ 0 · Reply · Jan 24, 2023
Translate

SilkenMist · 46-50, F
@SlaveEt Yeah I mean prevention is not always convenient but a crisis is NEVER convenient for those directly involved.
+ 1

SilkenMist · 46-50, F
@DeWayfarer Colorado does that. I do not live there but take trips there a couple times a year. Problem with those lights though is they will be at the end of the ramp RIGHT AT the highway instead of the beginning so that means you have to stop and then try to get up to 75 mph as fast as possible to merge in.
So basically they do not solve the problem, just rearrange it.
At least at the beginning of the ramp one can get somewhat up to speed.

Besides that, if the government is so broke, where do they find the money to keep installing more and more traffic lights?
+ 1

DeWayfarer · 61-69, M
@SilkenMist it's usually paid by the state. Here it's part of the fuel tax every time you pump gas. It also supports building of freeways and state highways.

There's a reason why fuel costs so much here on all west coast states. All three states tax gas heavily.

CheekyBadger · M
Here in uk an emergency vehicle doesn't have right of way so will give way at a junction. Most drivers will yield though voluntarily
+ 0 · Reply · Jan 24, 2023
Translate 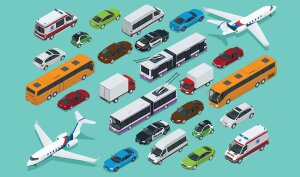