TW: SA; From the finally unsealed testimony of Trump in the E Jean Carroll deposition.

Sounds like a lot of the gross old men on SW. This is a part of why he's their hero. They wish they had the balls (or resources) to say stuff like this in court/in person instead of hiding behind keyboards. It's coming to trial again in April, btw. He'll probably just directly admit to raping her next time.

[quote]Trump called Carroll “sick, mentally sick”. And he mischaracterized an interview Carroll had given on CNN, falsely claiming she had talked about enjoying being sexually assaulted. “She actually indicated that she loved it. OK? She loved it until commercial break,” Trump said. “In fact, I think she said it was sexy, didn’t she? She said it was very sexy to be raped. Didn’t she say that?”

Kaplan then tried to elicit from Trump that he had raped her client.

“So, sir, I just want to confirm:[b] it’s your testimony that E Jean Carroll said that she loved being sexually assaulted by you?[/b]”

Trump answered: “Well, [i]based on her interview with [CNN’s] Anderson Cooper[/i], [b]I believe that’s what took place.[/b] And we can define that … I think she said that rape was sexy – which it’s not, by the way.”

What Carroll had described is that she prefers to use the word fight, not rape because some other people “think rape is sexy”.[/quote] 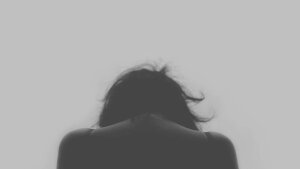